CES starts next week in Las Vegas and we’re primed for all the goodies we’ll see released. Rather than waiting for the show, LG is dropping their announcements early and as well as new phones, we’re getting some whacky new audio products.

To start with LG is releasing a levitating portable speaker at CES. Yep, it levitates. The PJ9 uses electromagnets housed in ‘Levitation Station’ to float the speaker just above allowing it to punch music or audio out in 360–degrees. As well as the omni-directional speakers in the levitating unit, the station below houses more powerful subwoofers for an in-depth sound experience.

The speaker is battery powered and when the battery runs down the speaker obviously stops levitating, simply descending down gently as power runs down. 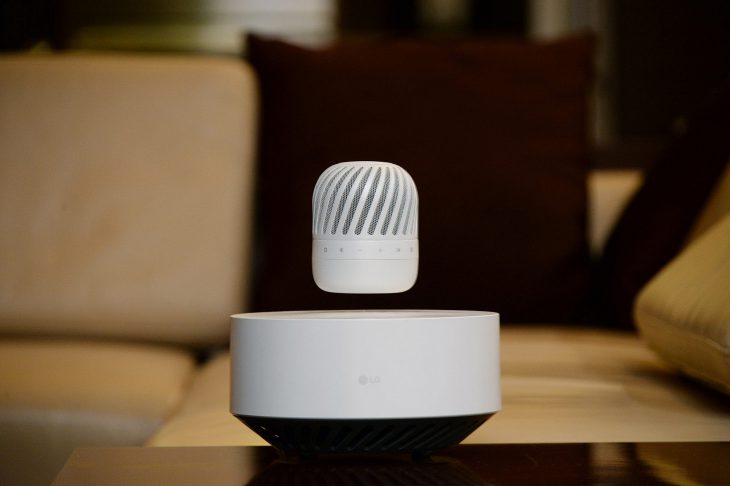 Next up is the LG Tone Studio (HBS-W120) a personal audio system that you wear around your neck offering full surround sound tuned by DTS. Like a number of LG products recently, the Tone Studio includes a Hi-Fi DAC for the best quality sound, but we’ll put that to the test when we get to CES next week. Finally, the LG Tone Free (HBS-F110) is LG’s version of wireless earbuds, similar to the Samsung IconX although the Tone Free uses a neckband which can store and charge them as well. The neckband can also be set to notify you by vibrating for incoming calls/messages. As with any audio products, the proof will be in the pudding as it were. So, you can be sure I`ll be checking these out at the LG booth in Las Vegas next week. Stay tuned for more info on pricing and availability for the Australia market as LG announce it.