Home Mobiles Ahead of Mobile World Congress 2017, here’s how smartphone makers can dethrone... 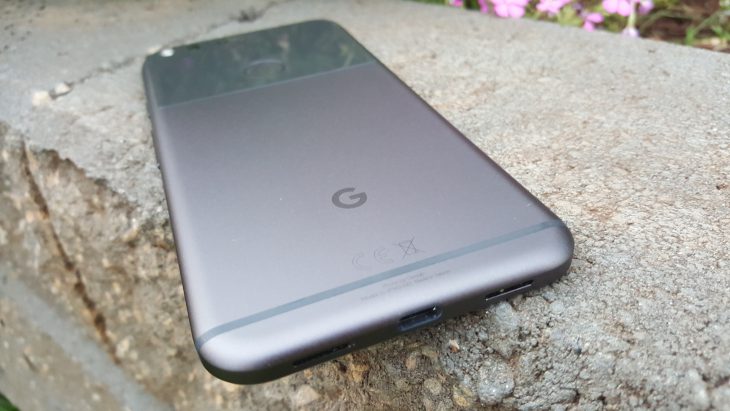 As we approach the season for the discerning mobile consumer (CES 2017 and MWC 2017), we’re undoubtedly going to see some fancy tech built with the newest in technology, and some of those phones are going to give our favourite of 2016 (the Pixel, by Google) a good run for its money. The Pixel was a late arrival in 2016, though, and for much of the year, there really only was one smartphone that we (or anyone, really) would recommend be bought — Samsung’s Galaxy S7.

Very quickly, the Galaxy S7 emerged as the leader of the pack, getting just about everything right; launching ahead of its competitors, arriving on shelves first, no flawed accessories, and of course, consumer demand. As the LG G5 fell by the wayside with its modular stumble, and HTC’s 10 failed to draw the interest that perhaps it should’ve, the Galaxy S7 shone, and it continued to shine as the Note 7 launched, faltered, and ultimately failed.

The Pixel was quite a bit newer, though, and had better internals. In our view, it was the better phone, but the Galaxy S7 certainly performed very well.

In 2017, here’s how we think that Samsung — and other manufacturers — can knock the Pixel off its perch, and can do better:

Cool features that will make your friends jealous

As good as the Pixel is, what does it have as a killer feature? Well, frankly, it doesn’t really have one. The Pixel is not waterproof, it doesn’t have an iris scanner, it’s not indestructible .. no, the Pixel’s best selling feature is its overall great design and great software experience. A more nuanced, enjoyable feature, to be sure, but a killer feature? Not really. Even the unlimited photo backup .. a great inclusion, and worthwhile for Pixel owners, but would you go and buy the phone for this? No.

There are features that competitors can (and do) build in which will make their phones more desirable, more cool than the Pixel. Samsung’s Iris Scanner from the Note 7 was perfect, and will (or should) make an appearance in the Galaxy S8. That’s a cool feature.

A better fingerprint sensor, an optical one perhaps? That would be a cool feature, especially if it does away with the recessed sensor on the back, allowing users to simply place their finger over an area of the screen and have it recognised. That’s Minority Report stuff.

As good as the Pixel camera is, with its high DxOMark rating etc, it can be done better. Samsung’s cameras might not have scored as highly, but the quality of a photo is — ultimately — a fairly subjective thing, and the camera that is technically the best might not be perceived as the best.

I do love the effortless nature of the Pixel camera; it takes a decent photo in most situations without having to pay much attention to it. It has the same resolution as Samsung’s Galaxy S7, but with a bigger pixel size (get it?) on the sensor, you get a brighter image for free. Better yet, there’s not as much post-processing going on with the Pixel’s camera, meaning you get a more natural, crisp photo which tends to be truer to the subject without feeling overdone.

Samsung already know how to do great cameras, and they can easily learn from what Pixel did and implement it themselves. LG’s G5 had a brilliant camera, and with a bit of tweaking, the LG G6 can easily top the Pixel and Samsung’s cameras too. There’s a lot of features, chief amongst them better processing and capture algorithms, that can easily allow the competition to knock the Pixel’s camera off.

Do the software better

Look, we like stock Android quite a lot, but those who have grown accustomed to the face Samsung puts on probably quite like it too, and the skins of other manufacturers like LG and HTC offer their own benefits too. In fact, we think Samsung just about made a better Android experience with its Grace UI on the Note 7, which it has slowly (but not completely) brought back to the Galaxy S7 range.

This year, we could see a revamped version of Grace UI on the Galaxy S8, and that would make it a very compelling proposition. Inclusion of a somewhat intelligent virtual assistant would be a great improvement, and while Samsung probably can’t include Google’s Assistant, the rumours about Bixby are equally compelling.

LG could learn from developments in 2016 as well; while it made good hardware last year, the packaging wasn’t quite up to the challenge, and the software experience (out of the box) was less than impressive. LG’s skin has been a bit lacklustre for a few years, and it really, desperately is in need of a revamp. Get rid of the pastels, don’t overdo Android, and make it elegant for a worldwide market, instead of focused at the Korean/Asian markets. Huawei are doing precisely this, and if the other Asian powerhouses can’t keep up, they’ll be left behind.

This isn’t a comparison point, because the Pixel’s accessories are just fine. However, Samsung (and to a lesser extent, the other OEM competitors) have a strong accessory market, and they can capitalise on this.

First and foremost, don’t ditch 3.5mm headphone jacks just yet. They’re still widely used, and ditching them too early isn’t so much leading the pack, as hurting it. Learn from the uproar over Apple’s decision to — yet again — ditch a popular and widely used port, and don’t do the same.

USB-C is a must; we don’t want to see any MicroUSB in 2017, and early signs are we probably won’t. Make sure we don’t.

NFC and compatibility with Android Pay is another must; Android Pay is really taking off in Australia, with many major banks (and lots of smaller ones) on board, and the list is regularly growing, making Android Pay one of the most widely available and used payment platforms.

Modules seem to be on the nose, unless they’re done properly. Moto Z and its accessories have stunned the market, with some incredible sales figures. LG have reportedly learned from the LG G5’s modular failure, and hopefully won’t repeat it in 2017. Instead, we’d rather see a significantly better phone, perhaps with a replaceable battery (but it doesn’t matter if it isn’t).

What do you want to see in 2017’s smartphones to take on the Pixel?

My wife’s Note 4 battery was on the way out. Replaced the battery at Christmas and good as new. So let’s keep doing replaceable batteries please, and have very long battery life, too!

I’m not sure that Samsung “can easily learn from what Pixel did and implement it themselves”. Google has been working on their computational approach to mobile photography for quite some time meaning competitors will struggle to match it in a single generation. I’ve no doubt Samsung, Apple, etc are all examining Google’s method of zero shutter lag HDR to copy it asap, but I don’t think we’ll see much in this space until at least 2018.

The Pixel 2 is going to be crazy. You can almost certainly bet on it being waterproof, having dual speakers and having a more refined design. It might even have dual cameras.

Combine it with everything the gen one Pixel has and it’ll be near impossible to top.