Home Smart Home and Wearables Around the Home Linksys announces Velop, the oddly-named modular mesh Wi-Fi system to deliver the... 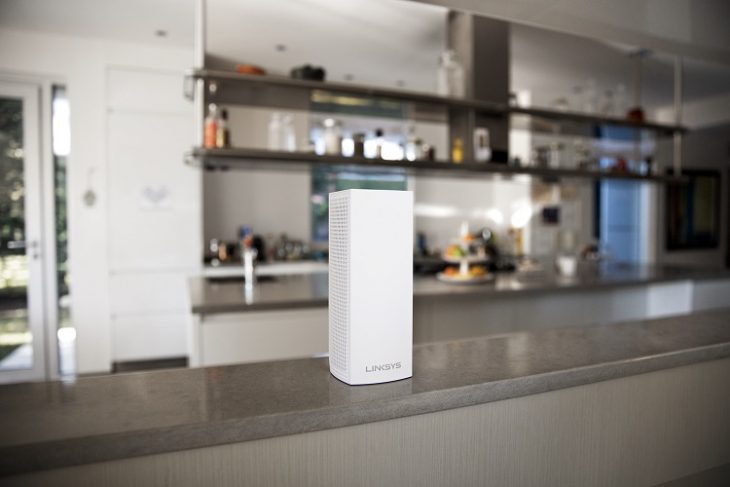 Linksys, one of the best-known names in home networking solutions, has announced Velop, a Wi-Fi solution for the entire home that works on three simultaneous radio frequencies in a variety of mesh configurations to deliver coverage to your entire home.

With a small footprint and elegant look (compared to the black-box router we’re used to), the Velop is designed to be placed where it needs to be in the house, rather than where you can hide it without anyone seeing it. Configured using Linksys’ own easy to use app, the Velop will be sold in a number of configurations to cover the smallest flat to the largest house.

The way Velop works is fairly unique: Velop combines the benefits of three Wi-Fi radios with true mesh capabilities to provide 100% of broadband Internet speeds to the edge of the network.  With traditional router and range extender combinations or dual-band modular mesh systems, the Wi-Fi speed is cut in half with each “hop” from one access point to the next, resulting in users receiving only a fraction of their broadband Internet speed at the edge of the network.

Velop uses the three radios dynamically to determine the optimal path from the modem and “parent” node to each “child” node to ensure the fastest speeds to all client devices, regardless of which node they are connected to. Dynamic channel scanning algorithms evaluate the unique conditions of the wireless environment to select the best band (either 2.4 GHz or one of the two 5 GHz radios on-board) as well as the channels within each of the bands to improve performance between nodes and client devices.

The union of dynamic Tri-Band technology and true mesh configuration makes Velop the only modular Whole Home Wi-Fi system to provide 100% speed at the edge of the network.

With no sign of Google Wi-Fi for the Australian market just yet, Velop may be the first widely-available consumer mesh networking product on shelves, and it’ll be on sale from April starting at $299.95 for a single devices, $589.95 for a 2-pack, and $749.95 for a 3-pack.