Over at CES 2017 Samsung have hit the ground running announcing a hoard of new products. CES is often the time when we hear about a heap of new whacky tech products that will usually not see the light of day, especially here in Australia and some that are truly interesting. Samsung have today announced a bit of both.

Today Samsung have announced the latest Galaxy A series smartphones including the 5.7-inch A7, the 5.2-inch A5 and the 4.7-inch A3. The phones feature a metal frame and the glass back just as many Samsung phones have done in recent years. Promising to be seamless and comfortable to hodl the phones come in 4 colours — Black Sky, Gold Sand, Blue Mist and Peach Cloud. 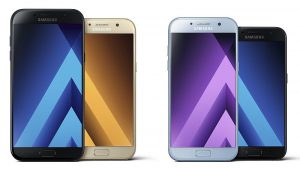 With up to 16MP front and rear cameras with a simplified camera user interface they promise to be ideal for the user who loves to take quick snaps. The entire A series phones are now also “IP68 water and dust resistance, allowing it to withstand the elements, including rain, sweat, sand and dust, making the device suitable for nearly any activity or situation.” There is 32GB storage in the top two models and 16GB in the A3 along with microSD card support up to 256GB along with NFC (Samsung Pay).

Launching with only Android 6.0.1 the Galaxy A will be available in Russia in early-January and will be expanded to global markets. There is no news on whether it will ever reach our markets officially.

Samsung have also announced their new QLED TV series, the Q9, Q8, and Q7. Using Samsung’s new Quantum Dot material the TVs are able to “express a significantly improved range of color with much greater detail compared to conventional TVs. For those after the semi-technical details Samsung say that:

The new lineup offers dramatically improved color performance, displaying DCI-P3 color space accurately and – in another world first for Samsung, QLED TVs are capable of reproducing 100 percent color volume. This means they can express all colors at any level of brightness – with even the subtlest differences visible at the QLED’s peak luminance – between 1,500 and 2,000 nits.

The TVs offer a “no-gap wall mount”, a single transparent “Invisible Connection” cable and two new types of stands designed to elevate the TV. They include the Smart Hub which can be controlled using Samsung’s Smart View app. It includes the usual smart TV offerings in the way of apps with several on demand services and live TV offerings.

Once again there is no word on any Australian availability or pricing. We will keep you posted if we hear anything further but we expect them to make it here this year.

Alongside the other products Samsung have announced its newest lineup of user-driven home audio visual products, including the H7 Wireless Speaker, a new soundbar and a new UHD Blu-ray player. All products include Samsung’s new UHQ (Ultra High Quality) audio that enables 32-bit sound from any 8 to 24 bit sound source.

The H7 wireless speaker is compact in size and has a retro exterior and supports streaming music services. There is no word on whether it supports Google Cast or Google Home at this stage. 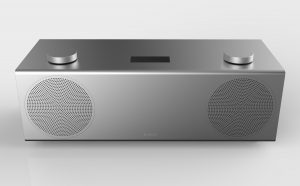 The new MS750 Soundbar is Samsung’s first soundbar to embed subwoofer performance directly into the primary unit. This ensures that the bass is equalized and crystal clear. 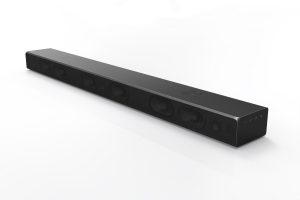 Samsung’s new M9500 UHD Blu-ray Player supports Bluetooth® Wireless Streaming and has Samsung Smart Remote integration across the UHD Ecosystem. With the M9500’s new Private Cinema Mode, TV audio can be transferred to personal Bluetooth headphones, adding flexibility for viewing HDR content at any time, despite what else might be going on around you. 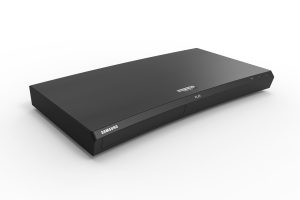 Details on availability and price will be forthcoming hopefully soon.

Samsung’s new CH711 Quantum Dot curved monitor is designed with gamers in mind and is available in 27 and 31.5-inch variations. Scheduled for an early 2017 commercial release, it features 1,800R curvature and an ultrawide 178-degree viewing angle. Its ergonomic design also enables viewers to adjust the monitor’s horizontal and vertical positioning for optimal comfort. When combined with nearly 125 percent sRGB color coverage and 2,560 x 1,440 WQHD resolution (ultrawide 21:9 aspect ratio), Samsung say the “CH711 sets a new standard for detailed color appearance at any distance.”

For those gamers out there keep an eye on Samsung’s website for further details.

Samsung have iterated on their family hub introducing a new range of fridges along with smart built-in cooking appliances. The fridges feature a 21.5in LED touchscreen serving as an interactive bulletin board which can also be accessed via the Family Hub app on their phone. In collaboration with entertainment and media streaming services Samsung hope to extend the offerings of the family hub even further in the future. 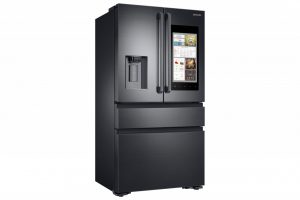 If this interests you check out their website for more details.

With still several days left at CES expect many more announcements forthcoming. Do any of these products interest you? Let us know in the comments below to help us filter out all the noise coming from CES.

Any word on HDMI output from the USB-C ports on the phones? This feature is often overlooked and I find it bloody handy!