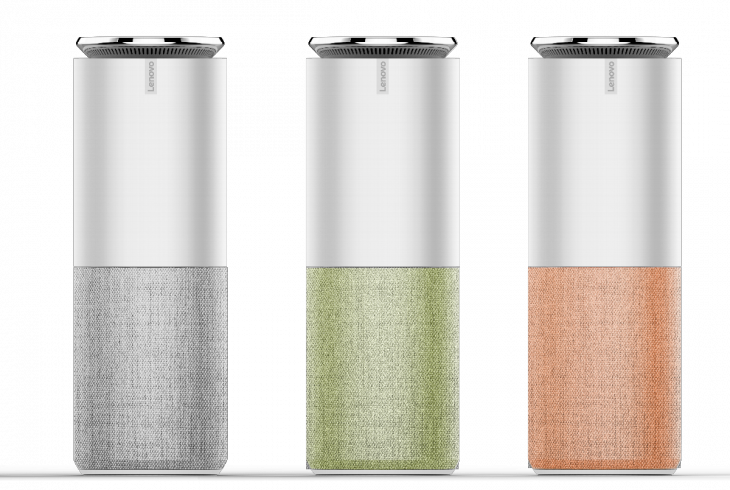 CES 2017 is kicking off today with media announcements starting to flow. First up is Lenovo who have announced their first foray into smart home assistants with the Lenovo Smart Assistant.

Lenovo’s Smart Assistant is similar to other smart home assistants on the market such as Google Home, and Amazon’s Alexa powered Echo range, with Amazon’s Alexa powering the Lenovo Smart Assistant. The unit is a cylindrical speaker with eight 360-degree far-field microphones built-in with noise suppression and acoustic echo cancellation to improve voice pickup when you ask the assistant a question.

Lenovo is quite interested in voice assistants, with their data showing that 65% of users already speak to their devices, be it a phone, PC or tablet so the transition to speaking to a home assistant should be a natural progression. Amazon’s Alexa service allows users to ‘conduct web searches, play music, create lists, provide calendar updates’ and more, with additional services being added all the time.

The Lenovo Smart Assistant comes with a high-definition 5W treble and a 10W woofer inside, with a special edition Black version from Harman Kardon which adds an additional 2″ sound cavity which Lenovo says ives you ‘clearer tweeter and deeper bass’.

The Lenovo Smart Assistant is powered by an Intel Celeron N3060 processor with 2GB RAM and 8GB of storage built-in. It has support for 802.11n WiFi and Bluetooth 4.0, and has buttons for Voice Control and volume.

how is this even remoted related to Android? or Google? 🙂

Surprising they didn’t realise the attention in this space is at the cheap “Echo Dot” end of things as impulse purchases. Might have been smarter to have the guts of it (the top bit) as a module that could be added to different speaker bits.

Also, they are going to be limited as to where they can sell this with where Amazon have released their service, and I haven’t heard of a chinese service release anytime soon.

Surprised this isn’t powered by Cortana given Microsofts plans and Lenovo being strongly identified as a PC brand.