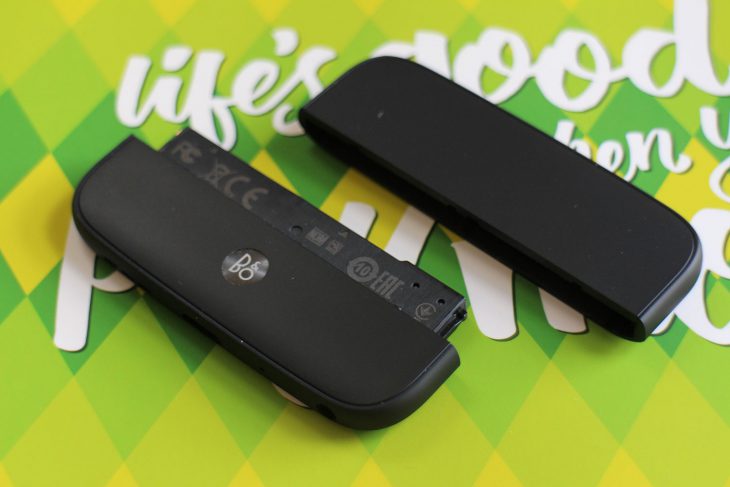 During a presentation at CES 2017, LG’s Chief Technologist Skott Ahn said that the company would move away from the modular design it wholeheartedly embraced last year, after the resounding failure of the LG G5 and its modular Friends to take the market by storm.

Ahn says LG is committed to its mobile division, despite its struggles, stating clearly that “Spinning off the smartphone division is not something we would consider”. This is hardly surprising; despite the market failure of the LG G5, LG’s other smartphones remain popular and sell fairly well – both the V10 and V20 have been positively reviewed by critics and consumers alike, and while they’re not exactly setting the world on fire, they’re doing rather well. Equally, LG’s mid-range is popular in many markets around the world, and jettisoning the mobile division entirely would make rather poor sense.

In 2017, Mr Ahn says that LG will release the LG G6, and it will do so “very soon”, hinting strongly at a launch in six weeks at Mobile World Congress. With this new smartphone, he says LG will respond to feedback that consumers don’t want modular phones, and will instead focus on design aesthetics and usability.

What this translates to is yet to be seen, though we understand from a previous leak that the modular system is gone entirely, replaced with a more ‘typical’ slab-type smartphone this year. It’s unclear whether the removal battery — long a standout feature of LG’s flagships — will survive the re-design.

An LG spokesperson gave us a bit of further insight into the LG G6, though not so much on the phone itself and more about when we’ll see it.

While the G6 could launch at tech conference Mobile World Congress in Barcelona that starts at the end of February, LG is still considering a couple dates for the launch, the spokesman said. The phone will initially launch in North America, Europe and South Korea, he added, and will only be available in China online. Australia wasn’t specifically mentioned, but it seems likely that, as in years past, we will be a launch market.

What will become of LG’s G6? I guess we’ll know in the next month or two.

If Xiaomi start taking the markets outside China seriously, LG would be dead before they knew what hit them. They probably will be anyway considering Huawei now make some of the best built phones out there (software is another story, but LG is hardly setting benchmarks on that front as well)

Questionable build quality (G5), Boot loops (G4, V10) and a sales strategy that almost screams like “we dont want to sell it” (V20 with no carriers, JB Exclusive), LG seem to be trying hard to become irrelevant.

You’re probably right. If Huawei can repeat the great physical design of the Huawei P9, and get the software right so that it’s not quite so grating, they’ll easily knock LG off. It’s a shame, because LG has made some great phones, and I still believe the camera module in the LG G5 is one of the best I’ve used … but they just aren’t getting everything right.

Completely agreed. Huawei have very good build quality, just that almost all Chinese OEMs tend to have intrusive launchers with extremely aggressive power management in some cases (ZTE for example…the Axon 7 reportedly kills apps left right and centre even though it’s an SD820)… Another thing Huawei need to work on is their GPUs. In the Mate 8 and P9, the GPUs have been decidedly weak compared to the rest of the SoC. I still can’t figure out why LG didn’t push for the V20 to be available through carriers…they should have tried to move in to occupy the void… Read more »

I pretty much clicked on this article, just to post this and totally agree with the second part.

I’ve pretty much decided no more LG mobile devices. Mrs LG G3 has been sent back twice (light sensor issues, reboot/freezing issues), my LG G4 has been sent back once (bootloop) and needs to go back again (ghost touch issues) and the Nexus 5 GPS issues still plague that old warhorse. The only one still going strong is the Optimus G!

It’s a shame though, because functionally, the LG G4 is one of the best phones I’ve owned.

LGs problem isn’t the modules, it’s the terrible Customer service, bad warranty, and repairs. The recent boot loops and Screen burn issues rings a bell. ‘yes our phones have issues, but if your phone is over 12 months old we’ll charge you $250 to fix a known fault”.
People were burnt by the G4, G5, V10, and now the V20 and will not go back. It’s not modules LG. It’s the crap way you treat your customers who do support you.

No one really wants to buy LG phones except Korean. More Chinese manufacturers will catch up with LG on sales number this year.

Not sure about the first bit, but you’re right about the Chinese catching up. ZTE and Huawei are going into overdrive this year.