HTC have had some lean years in recent times but in 2017 is hoping to build upon the success it has had (in a round about way) with the Google Pixel phones. They have scheduled an announcement for the 12th of this month, most likely to announce the “U” phones including the U Ultra. Perennial leaker EvLeaks has now leaked more videos demonstrating what appears to be a HTC product focus for 2017.

In the past 24 hours EvLeaks has leaked two videos with the latest titled “HTC 2017?”:

The video demonstrates not just what appears to be the HTC Vive but also various levels of customisation that HTC are looking at giving their customers this year. The customisations vary from different colours and patterns to cloth coverings. With evidence that there is an actual phone (Desire 530) with this sort of customisation it points to this being more than just a concept, with HTC set to release it to a wider range of phones.

The other video EvLeaks leaked today shows the HTC Vive (or HTC Ocean) phone which lines up with the “for U” tagline in their upcoming announcement on the 12th. 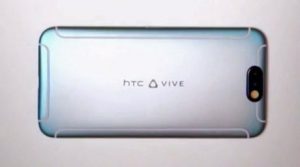 After using my Pixel XL and loving it I will be paying close attention to the HTC announcement on the 12th. Hopefully they can make some headway back into the mindset of consumers with a top quality phone.

HTC Vive? That would be some confusing branding, considering that’s the name of the VR headset?