Home News and Editorial CES is mainly consumer tech, but we saw a lot more Google...

Another year another CES completed, we’ve already had a look at what we think the best and worst things at the show were (well, really, Chris just summed up the bits he liked). What about Google and Android, how did they fare at “the world’s largest consumer technology show”? All in all, I think it was a great show for the big G, we had Chromebooks a plenty, the continuation of Chromecast inside as well as some major Android TV announcements, Google Assistant news and a whole lot more.

With Android apps moving into the stable release of ChromeOS sometime, hopefully soon, it’s not surprising to see a few new Chromebooks hit the market but that’s not to say it’s not exciting. We saw 3 new Chromebook lines announced at CES this year:

It’s great to see Chromebooks get a great new start to the year and with some really desirable devices now on the market and under $1000 hopefully they will enjoy some commercial success.

Chromecast, I mean Google Cast, I mean Chromecast Built-in continues to be a feature of many higher end audio devices. By incorporating Chromecast into their devices OEMs are able to easily improve the connectivity of their speakers without haveing to do all of the heavy lifting. Once again Sony seems to be leading the pack with their Chromecast Built-in support.

Sony introduced several new products including Chromecast Built-in including receivers, sound bars and thanks to Android TV all of their 2017 TVs, as previously announced Sony is support both Google Home integration as well as Chromecast Multicast with their entire line up.

Other devices show off at the show include:

Regardless of the constant name changing, some OEMs seem committed to building the Chromecast standard into their devices. If Google can continue to have this integrated, and updated, with other partners Chromecast may just become a widespread de facto standard. Google Assistant on Android TV will also support continuous conversations allowing you to play a series of questions and responses without having to always say “OK Google” between each one. We’ve made inquiries to see if the Australia models of these supported devices will get the updates. NVIDIA will be the first OEM to have Assistant for TV on both their new Shield TV as well as the original via a software update.

The last little tidbit was NVIDIA’s announcement of the NVIDIA SPOT, a small microphone and speaker device that you can plug in all over your house and have the Google Assistant omnipresent throughout. After just a few weeks with my Google Home devices, I can’t express just how much I want this, now! The SPOTs will communicate back to a NVIDIA Shield TV so the barrier to entry is a little high and at $50 USD each and no official Australian availability they aren’t going to be the mainstay of Australian Google Assistant voice interactivity. 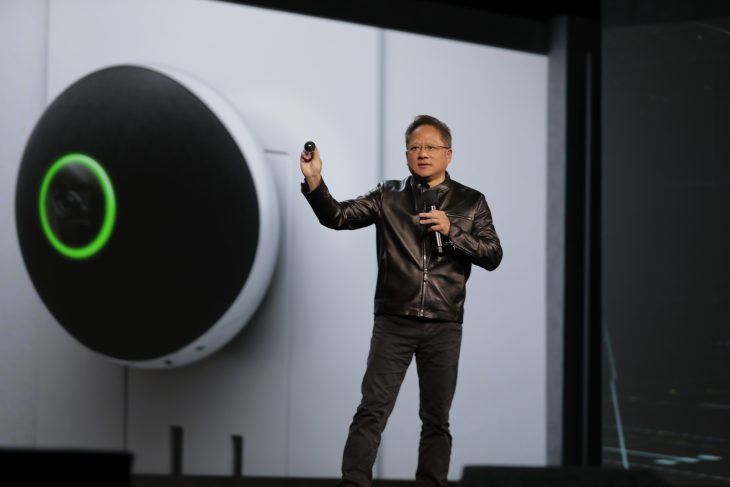 Google also announced that the Google Assistant will be making its way onto Android Wear device, most likely starting with the 2 Nexus-like watches expected for release soon, perhaps MWC? The final piece of the puzzle, for now, is Google Assistant in cars but no specific plans have been announced as yet.

If you have any doubt the voice is the next platform it’s time to rethink!

What good is a voice assistant if it can’t do anything? To be honest thanks to IFTTT there is very little I haven’t been able to get Google Assistant to do, sometimes with a little lag, however, nothing is as good as a first party direct connection. To that effect, we got a little more new on services integrating with Google Assistant.

TP-Link announced that their Smart bulbs and power points will both be supporting Google Assistant soon, and be commercially available in Australia, good news all around.

Android TV certainly hasn’t been a runaway success, and I have a personal laundry list of improvements I want for the platform and an even longer list of apps and services I want to see added (like every Australian TV Catch-up app). That said it’s still a great platform for what it does do and I’d say I do 99% of my personal “TV” watching through my Shield TV.

Sony announced an entirely new line-up of TVs for 2017, and one of the biggest commonalities I saw was Android TV throughout the entire range. That’s right if you buy a 2017 Sony TV it will come with Android TV inbuilt, oh and they are all 4K HDR!

The other Android TV device announced is the NVIDIA Shield TV Gen 2 discussed above, the updated Shield TV keeps the 16Gb and 500GB models and adds always listening remotes to the mix. Paired with a SPOT the Shield TV is a convincing device.

For a platform that many are declaring dead Android Wear had a good CES, while your ‘traditional tech companies’ may not be jumping on board other OEMs are. We saw all new watch from New Balance with the RunIQ as well as Casio’s second entry foray into the smartwatch space with the Smart Outdoor Watch (2017 WSD-F20). We even got an announcement that Crystal maker Swarovski will be releasing their own Crystal encrusted device later in the year.

If voice is the next platform then AR/VR may be the next interface, and if it’s not it won’t be for lack of trying. Tango got it’s second official device with the ASUS ZenFone AR, a Snapdragon 821 device that brings high-end specs and Daydream compatibility to the Tango market.  That wasn’t the only love Daydream saw at CES however, with Google and partners announcing several new devices that support the Growing VR Platform.

It’s almost a given that at a tech show these days you’ll get one or two Android Phone announces and CES was no different. To be honest, there were too many devices announced to list the all, here are out highlights:

All in all, I’d call that a pretty successful CES for Google and Android, while I’m sure that as a percentage of all announcements it wasn;t a show stopper there is still plenty of good news there all round. Now OEMs time to stop announcing and get to releasing, in Australia!