Fitbit, a name synonymous with fitbands, have been around a long time and have built a reputation for being one of, if not the best fitbands available. When I reviewed their latest fitband, the Charge 2, I found it to be a great device that although was severely lacking in the notifications stakes was excellent at all fitness related activities. Fitbit have now not only released updated for the Charge 2 and the Blaze but have introduced a new training app, Fitstar Personal Trainer. 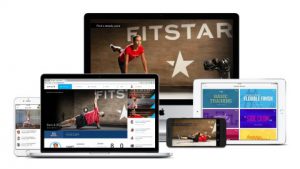 The new Fitstar Personal Trainer app allows you to get fit anytime, anywhere, whether at home or on the go with adaptive video workouts that evolve as you progress. The Fitstar by Fitbit app uses your own feedback to ensure each routine is built to match your fitness level, and personalised to your strength and stamina.

Fitbit have pretty much got the market cornered for fitbands and are expanding their line moving into another area of fitness, personalised training. On first look, Fitstar appears to be a well-designed Android app with a nice web interface as well. It provides a range of recommended workouts based on your activites tracked with a Fitbit device and delivers them right to your Fitbit and Fitstar Personal Trainer apps. It’s like AI for fitness but unfortunately will not do the exercise for you as well.

The app creates the workouts based on what you have done previously — for example if you trained legs or went for a long run one day it might suggest an upper body workout the following day to give the legs a chance to recover. If you do not have a Fitbit device you will still receive recommended workouts based on sessions “people in similar demographics are doing”.

Within the app there are quite a few free workouts but they are the very basic ones that can be easily found elsewhere on the web (eg. YouTube). The more specific and individualised workouts are available for premium users for $12.99 per month or for a yearly fee of $62.99. It may seem steep, but a yearly fee is about the same price as a single PT session at a gym and there are much more expensive programs out there.

If you have a Fitbit device, are serious about getting fit and healthy this year then this could most definitely be a good way for you to get motivated and get fit. Unfortunately there is no dietary advice within the app so you will have to search elsewhere for that, and in my opinion is more important to fitness than the exercises themselves. If you are interested head on over to the Play Store and grab the app or check out the web interface.

Alongside Fitstar Fitbit have released updates for the Charge 2 and the Blaze. The Charge 2 now has the ability to “Pause and Resume Workouts, New Heart Rate Zone Visualisation, Guided Breathing Session Feedback, Battery Life Indicator, a New Clock Face and Do Not Disturb functions.” Use the Fitbit app on your smartphone to update your device.

The Blaze also received an update that brought with it three new clock faces and “extends Cardio Fitness Level and Relax guided breathing sessions to the Blaze which is powered by PurePulse® continuous wrist-based heart rate tracking.” Once again, update it from within the Fitbit app on your smartphone. Fitbit are really building their own ecosystem and doing a good job at it. The apps are well designed and the content is good at what it is aimed at doing — keeping people motivated and giving them new and exciting fitness workouts and challenges. Their devices are at the top of the heap for fitness activities and with these updates it is hard to see that changing anytime soon. 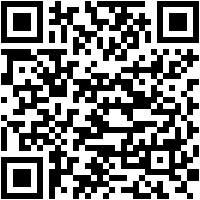