Home Tablets, Laptops and Chrome I want my next tablet to be a ChromeOS 2-in-1 with Android... 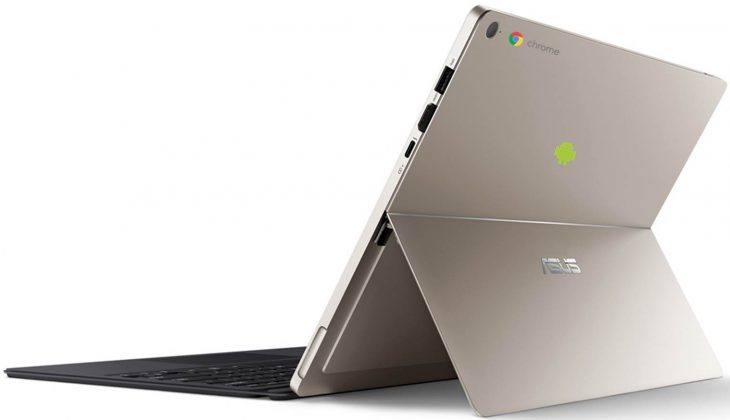 If you’ve been sleeping for the past year you may have missed a few things. Tablets, especially Android Tablets, aren’t doing so well, I wouldn’t call them dead but they are definitely a low volume market. Android apps are coming to ChromeOS, and all indications are it’s actually going to be awesome when Nougat hits. 2-in-1s and 360-degree laptops are the new cool form factor, and they are as useful as they are cool. Put all of that in a blender and what do you get?

My dream is Android Tablet, a 2-in-1 touchscreen ChromeOS device.

I still use a Tablet, but I have to admit I typically grab my Chromebook as it’s a bit more versatile, especially for writing and researching. It’s easier to have a device that does more than you want than have one that does less and have to grab another one #firstworldproblem. But what if my tablet was a Chromebook, with Android Apps of course, just without a keyboard. What if I could snap on a keyboard ala Surface Pro, Pixel C or Asus Transformer 3? This is a device that I think could really hit the mark for many consumers, at the right price and quality mark of course.

Image a tablet like device that had all of your android apps, an onscreen keyboard, LTE connectivity etc, and that same device when connected to a keyboard can use chrome and all of its powerful extensions in a more traditional “desktop way” all the while maintaining windowed access to your apps. I don’t know about you but that sounds awesome to me, and exactly the device I’ve been waiting for for 99% of my daily computing.

While Android apps running on ChromeOS is still in beta we really don’t know what the fully baked experience will be. Will all of my apps work properly/ be updated to work seamlessly? An essential component of the Android on ChromeOS experience has to be the resizable apps, this requires that apps are built to target the correct API level, which I bet will never include all of your favourite apps, and that’s just one element of the integration.

Storage space is another issue if you’re going to move Android apps onto a Chromebook. Traditionally Chromebooks come with, let’s be kind and call it limited internal storage. This is primarily because ChromeOS was developed as a cloud first OS, you’re not supposed to have local apps, services or files it was all meant to be in the cloud, and you were supposed to be always connected.

However, installing Android apps have changed all of that, and if a 2-in-1 Chromebook is to succeed as both an Android Tablet and a Chrome device it will most likely need at least options with more storage, or perhaps support for Androids Adoptable storage, but that brings its own headaches. I think we’ve proven that cloud first mobile first approach still requires a fair amount of local storage at least for the foreseeable future.

I don’t think there are any technical limitations to this form factor becoming a reality, and it could be argued that the Pixel C may have well been intended to be this device at some stage in its development. Other devices such as the Lenovo YogaBook, Samsung Chromebook Plus/ Pro and Asus Flip 2 are all experimenting with the 360-degree form factor and would offer all of the same benefits as a 2-in1, just in an always thicker package.

If we could get the joint benefit of ChromeOS and Android together in on of these new form factors I think Google just may have an operating system ready to expand their competition with Windows and MacOS.

Do you see the benefit of a ChromeOS 2-in-1/ 360-degree device with Android apps?

One addition to this spec wishlist: OLED screen.

If it’s not OLED it’s useless to me for reading in night mode (LED on maximum dimness lights up the room way too much). Thus why I continue to use a Samsung tablet despite the weak specs, tiny battery and delay in updates.

Good article, but I’d like to offer a counter-view regarding your comments about the need for more local storage. I’m a very active user, 8-12 hours per day, of which about 20% is browsing, eBook reading, email, and the like, and the other 80% writing and writing-related activities. After over a year of use, I have 828Mb of data stored on my Chromebook’s 16Gb SSD and less than 1Gb on my 128Gb permanently-installed flash drive. This goes up some when I travel, as I mark some files for “offline use,” but even then I’ve never come close to running out… Read more »

Sure, but as the author writes, “installing Android apps have changed all of that.” Android apps are big, and many cache a lot of data locally (that isn’t managed for you by the browser) even before you store files.

I can’t imagine Google releasing Android on Chromebook without considering the storage implications. Don’t you believe it likely they’ll come up with a transparent way to “map” Android’s storage to Drive? That’s assuming Android really catches on with Chromebook users, which I’m personally skeptical of. I have 122 apps on my Android phone. I went through them and found 5 that I would probably use on a Chromebook. (I recognize that’s one person’s anecdote, which has little meaning.)

yeah file storage is less my issue, it is the Android Apps, until I get to use Android apps on Chrome I’m not sure which apps I’ll be using, but it could end up being a lot, And if this is my primary tablet I may even be installing 1+ gigabyte games for large screen fun!

+1 for all of the above, I’d buy it.
I’m really excited about the Lenovo Yogabook form factor too.

as am I. I’d really need to use both do decide whats better. Obviously a detachable screen is better for “Tableting” but a good attached keyboard is better for Chroming!

The Acer SPIN has great potential. It’s only lacking (for me) is an unlighted keyboard. Would also love to see a ChromeBook with a large (~128GB) SSD.

Samsung and Google have partnered to make exactly this?

It’s released in 2 models next month.

No. Those are convertibles.
What the OP is asking for is essentially a tablet.

Yeah, as mentioned the Samsung Pro and Samsung Plus 360-degree style device are coming, but not to Australia :(. They would be a close second to waht I’m discussing, but the main point was I’d like to see a Tablet running ChromeOS with Android Apps. With a good keyboard dock that would make a compelling device, just like the Surface Pro does for Windows.

It’ll never happen.
Google won’t allowed anyone to build such device anytime soon.
It just doesn’t make business sense for them.
Give it up already.

Why doesn’t it make business sense?