It seems that everyday we see a new rumour or a leak for a new device. Let’s face it there are a lot of phone manufacturers and they all produce several phones per year so it is hardly surprising. Today via Chinese site Anzhuo we see some leaked images of the upcoming and impressive-looking OPPO Find 9.

OPPO are no longer strangers here in Australia with their devices being well built solid pieces of kit with impressive specs at reasonable prices. It has been a while since OPPO released a true flagship phone but it seems that in 2017 they plan to re-enter that end of the market with the Find 9. 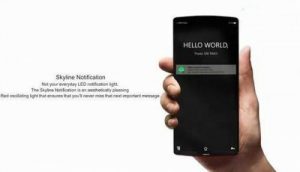 The press images that have been leaked of the OPPO Find 9 show a devices with extremely minimal bezels at the top and bottom of the phone and possibly bezeless totally on the sides. Obviously with this extreme lack of bezels there are no hardware navigation buttons, OPPO instead opting for on-screen software buttons. 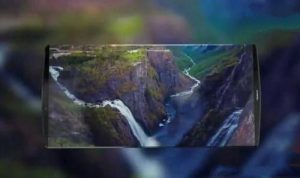 Leaked specifications have the OPPO Find 9 coming in two variants featuring a mid range processor (Qualcomm Snapdragon 653) and a high end processor (Qualcomm Snapdragon 835), 4 and 6GB of RAM, and 64 and 128GB of internal storage. There are also rumours that OPPO have finally ditched their ColorOS but will instead introduce a new FindOS incorporating new AI features. There is no word on what/which/whose AI they will include at this stage but with Amazon’s Alexa already inside the Huawei Mate 9 and thus open for other companies, Alexa seems to be the frontrunner. At this stage there is no details on when it will be released except for “the first half of 2017”. With OPPO making ground in Australia we hope, and expect, to see it arrive on our shores, and at an attractive price.

Can you see yourself buying this, or any other bezeless phone? Do you think OPPO can pull off the software required for a bezeless phone (eg. discarding of phantom touches)?

I’ll be at the head of the queue when it arrives regardless of the price. My R7 Plus has been great but all phones seem to become dated pretty quick these days. Oppo appear to also be adopting a 3 year major flagship upgrade cycle, like iPhones.

“Do you think OPPO can pull off the software required for a bezeless phone (eg. discarding of phantom touches)?”

No. I won’t bank on them on investing in the development of palm rejection technology in their firmware, considering that they still cannot be bothered / are unable to develop firmware updates on Marshmallow for a number of their 2016 devices, even their so call Project Spectrum (aka AOSPish) ROMs seem to be insurmountable to them…

If by bezeless you mean a 6+ inch phone similar in size to a 5.5″ one then yes that would be the only reason I’m interested in that.

FindOS I’ve never heard of, off to Google… Well that was a complete failure…

I’ve considered getting an Oppo for some time but have been put off (at least with the models I’ve looked at) by the mid-range processor. Providing the price isn’t outrageous and the O/S isn’t too restrictive or clunky, this might be the phone for me.