Home Mobiles Get rid of your old mobile phones and supply a meal for... 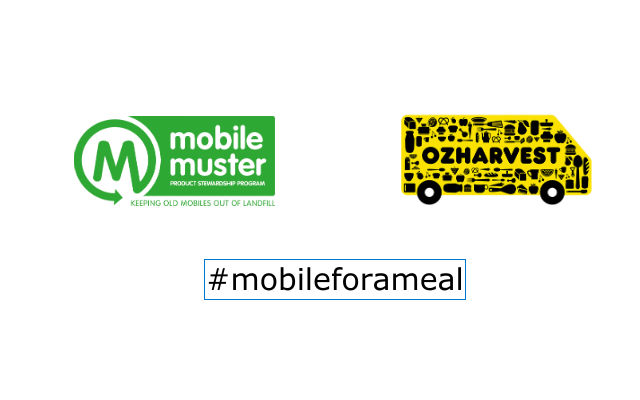 After Christmas many people have a new phone to play with, so it’s time to think about moving on that old handset and this summer MobileMuster is joining forces with OzHarvest for a new campaign they’ve called #mobileforameal.

The idea is simple, for every mobile recycled until the end of February, MobileMuster will donate the value of a meal to OzHarvest. All you have to do is donate your old phones and accessories to MobileMuster.

According to Spyro Kalos, Recycling Manager for MobileMuster of the 25 million mobile handsets in use in Australia, four million are either broken or completely unusable.

This mobileforameal program gets a meal to someone who needs it while getting rid of unwanted devices and keeping e-waste out of landfill. MobileMUster have been in operation since 1998 and have a 6-step recycling process to get the most out of your donated old phone.

With all of the bountiful produce in this country, the thought of anyone going hungry is surprising, but it’s a cause we can all rally behind. This initiative will ask mobile phone users to think about how they can put their old unused mobiles to good use and tackle two of Australia’s big waste challenges; e-waste and food waste.

Recycling your mobile phone is easy, all the major mobile phone retail stores will let you drop them off – or you can arrange to post them in.

It’s a great idea and if you don’t have an old mobile phone laying around you can always jump on social media to share the official campaign hashtag #mobileforameal to draw more awareness to it. If you’re a phone hoarder like myself, maybe it’s time to just let at least some of them go.