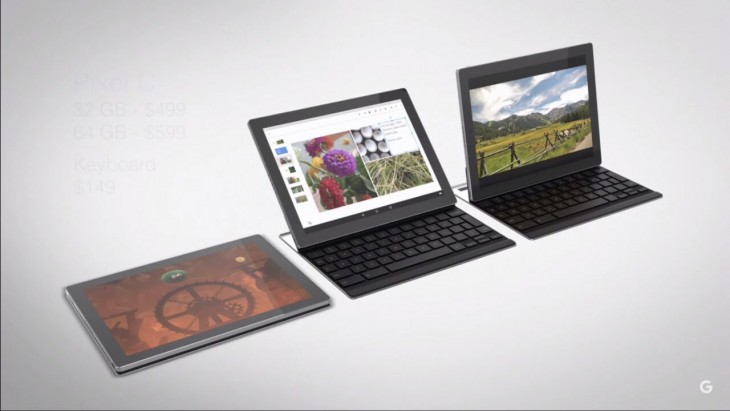 So the Pixel C wasn’t what you’d call a roaring success, either measured by sales or when you look at the reviews it got around the internet. It was more a proof of concept than an intended mainstream device which went out of stock in early October on the Google Store – now it seems it won’t ever return! A year after going on sale, the Pixel C has disappeared from sale on the Google Store completely.

The fact it has disappeared clearly signals the fact Google aren’t intending to return it to sale, but on previous form, this sometimes happens when there’s a new device waiting quietly in the wings. Will we see a Pixel D or something similar at MWC, or a Google event soon?

Lets hope so, I’m in the market for a new tablet. With rumours of a Google event being held to coincide with the Android Wear 2.0 release in February, could we see a new tablet/convertible announced there? Time will tell.

Update: While it’s gone from the Australian Google Store, it is still listed in the US, for now at least. Perhaps selling out of the rest of stock already stateside? Thanks for the heads up, Artem.

Would a refined and polished Pixel tablet product entice you to drop some hard earned cash?

Pixel C is the best tablet I used. The Chromebooks are more suitable for typing experience such as processing docs, sending emails. Tablets are just better for entertaining as far as I’m concerned.

Yes, it not only enticed me, but I dropped the money for it last year when they included the keyboard cover at no extra charge. Best tablet I ever owned and don’t plan on getting another for awhile. This tablet is refined, powerful and has excellent display with beautiful industrial design. The keyboard cover is big enough to type on for productivity and links seamlessly with all my Google Apps. Who cares if the Pixel C was not a high volume seller? Most other tablets are made with cheaper materials, include software features I rarely use on TouchWiz or US… Read more »

The tablet has been removed from the Australian Google Store as has the Tablet category. The tablet was out of stock for several months in this region and they finally removed it.

It’s still on the UK store too. As an aside, I love my android tablet (Nexus 9) and use it every day, even though I also have a Chromebook Pixel.

Hahaha yes I hope that is their next model name; “I was going to get a Pixel C, but now I just really want the D instead”. *giggle*

I love my Pixel C. It’s a great typing experience especially when you use SwiftKey with the hardware keyboard. It’s definitely a specific device and can’t fully replace a computer but for traveling its great. I can accomplish about 80% of my needs with it. Only things I can’t are like sketch or flinto. So for me, it’s a great travel companion. You can have music to fill a room, nice screen to watch media on, easily Google anything to find restaurants or recipes or things to do, write an email or answer slack messages, read books, or anything like… Read more »

There’s really no point for Android tablets any more now that ChromeOS can run Android apps.

Excited to see what is on the horizon.

I kind of feel bad, but I’ve given up on Android tablets. I got the iPad for all the better optimized apps for tablets (I’m obsessed with the Evernote app Penultimate) and I don’t miss the Android tablet ecosystem. I still love my pixel and surface book, but the lack of compatability between the 3 devices is kind of irksome

Still there for me. In the States at least.

The Pixel C is a great tablet. I bought mine a few months after release when a lot of the issues had been ironed out. Although I did have the first unit I bought replaced due to some dead pixels (no joke) and the well-known random reboots issue. Since then it’s been fantastic.

I won’t be buying a Pixel tablet for 2 reasons.
1) I’m still dirty about the Nexus 9 which is a total slug!
2) I’m assuming Google will continue with their new “premium” pricing.

Well the main reason is you can’t any more anyway.

You missed the point. The question in the article said:

Would a refined and polished Pixel tablet product entice you to drop some hard earned cash?

My answer was no.

Found that out last night when my existing tablet died and I thought I’d grab a Pixel C, but it was no longer there, lets hope it means something better is on the way!