Home News and Editorial We’ve got leaked images of the new LG Google watches powered by... 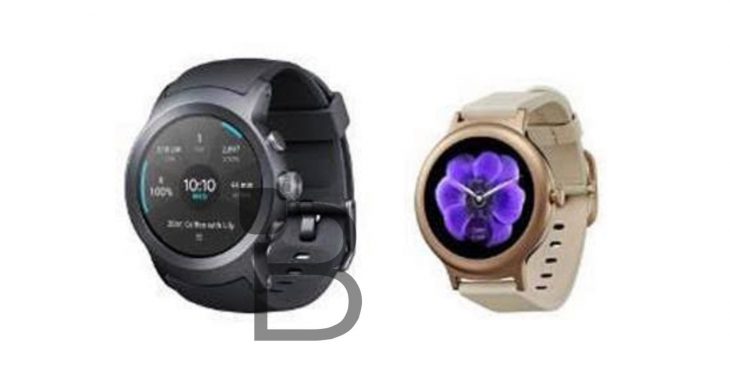 We have seen rumours of new watches made by LG in partnership with Google, which will be announced with Android Wear 2.0 on February 9. Today, we have beautiful images of these watches, the LG Watch Sport and the LG Watch Style.

Interestingly the images show different hardware button configurations between the two. The relevance of the extra buttons on the Sport in unknown but in only a few short weeks on February 9 we hope all will be revealed. We suspect it likely has something to do with the inclusion of LTE functions in the Sport variant, as the previous LG Watch with LTE had extra buttons as well.

Does this whet anyone’s appetite for a new watch? Personally I am leaning towards the HTC myself with these being a tad plain for my liking. What do you think?

please have replacement bands for the larger model that doesn’t require me to buy from google/lg. I have so many nice bands from old watches just waiting to be used.

I’m still loving my Samsung Gear S3. But now and again, I wish it had Android Wear, for the better app availability and watch face range.

The Gear S3 still looks better than anything I’ve seen recently. And WatchMaker is coming to Tizen very soon, so we’ll have those great faces available soon.

But if a fantastic looking Android Wear 2.0 device is released, I may be tempted to switch.

Do Aus telcos have the tech to allow SIM-less LTE?

Not that we’re aware.

Hey, finally a small watch for the wife!

Any chance these will have NFC?

Yep, from what we’ve seen, they will.

Thanks, I’ll check them out once they are released

Yes I see an article has since gone up 🙂