What an interesting development – Nokia supposedly working on a tablet sporting an 18.4″ (no that’s not a typo) screen, and it’s been spotted on GFXBench with some other reasonably sharp specs. 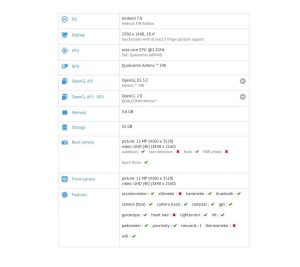 Personally I’ve always felt that anything larger than 10-inch is no longer classified as a tablet, and at 18.4-inches, this thing is no tablet, it’s basically a flat-scren display with some touch smarts built into it. How is it even portable?

Putting my opinion on screen sizes aside (I know there is a market for these),  I’m not convinced this monster of a device will yield anything exciting for Nokia. According to Nokia Power User the full spec list is as follows

In reality this could be a potentially cheap-ish addition to your home entertainment gear, but portability… I don’t think so. It reminds me of the giant tablet Samsung put together for kitchen use a little while ago .. anyone remember that one?

If you’d consider buying a tablet this size, share with us your intended use case

If this indeed a tablet without sticking a keyboard to it I’m definitely interested. Bigger the better! 🙂