Samsung is gearing up to launch the Galaxy S8, and though we won’t see it at Mobile World Congress it’s undoubtedly going to be soon. The phone is getting leaky too with a number of leaks appearing and today a render shows the Galaxy S8 from the front.

The render comes from PriceRaja, an Indian company offering price comparisons for mobile phones. The render shows a familiar design and set of sensors and camera on the front of the phone with what appears to be the same volume rocker/power buttons on the sides of the phone. 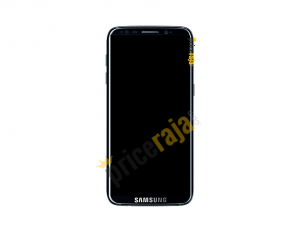 From this render, as well as previous leaks of screen protectors it appears that Samsung has finally moved away from the rounded rectangular home button that’s been a mainstay of the Galaxy S design since the beginning. Instead of a physical button housing the front facing fingerprint scanner, it’s expected that Samsung will introduce an integrated fingerprint scanner into the display itself.

Samsung hasn’t yet indicated when they will be announcing the Galaxy S8 beyond advising that the phone will not be coming at Mobile World Congress. With the Note 7 issues now laid bare, Samsung will be looking to move on fairly quickly and a new Galaxy S8 handset would be a good way to do that, hopefully it won’t be too much longer till we see what Samsung has up their sleeves.

the logo has never looked uglier…..

Of course Samsung insists on tastelessly slapping their logo on the bezels their engineers have worked so hard to minimise.