There’s two new bargains available on Google Play this week with Goo Saga and Emoji Keyboard both reduced to just 20c each on Google Play as part of Google’s app and game deal of the week. If you’ve been looking for a new keyboard with support for emoji, stickers, themes and customisation that you can use on your Android tablet or phone, then Emoji Keyboard is for you.

Featuring access to a full themeing engine that allows you to customise backgrounds and key colours on your keyboard, Emoji Keyboard also supports over 3000 emoji, emoticons, stickers, symbols and icons as well as smiley & text faces such as ( ͡° ͜ʖ ͡°) and (ʘ‿ʘ).

If Emoji’ing is your jam, then this may make it easier to fill as many of your conversations as possible – for better or worse…ಠ_ಠ. It’s just 20c so it might be good to try out and see what you think. Adventure platformer Goo Saga is a great looking game that sees you controlling a cute little blob of goo called, well, ‘Goo’. You’ll guide Goo through levels bouncing, rolling, squeezing and jumping through traps, puzzles and onto foes to get to the end of the level.

Exactly what Goo is or what it’s been created for isn’t really clear, but from the trailer it looks like a mad scientist has an idea and as you can see and hear, it looks and sounds great:

There’s 20 different levels in Goo Saga with three different modes available. You’ll fight 4 bosses and at the very end of the game you will find one of two endings making replay of the game a certainty if you love it.

At 20c, Goo Saga is a bargain, but if you’re still not convinced you can try out Goo Saga Free to get a taste, but once you’re sure jump over to Google Play and grab it while you can. 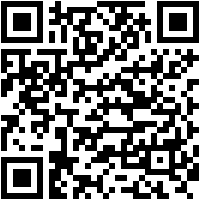 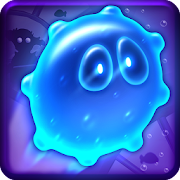 If you’re on the hunt for more bargains, last weeks deals – Unified Remote and Wild Blood – are still listed in Google Play for 20c each, but who knows for how much longer.