Home Tablets, Laptops and Chrome Dell announces three new Chromebooks, one with a stylus, starting at $219... 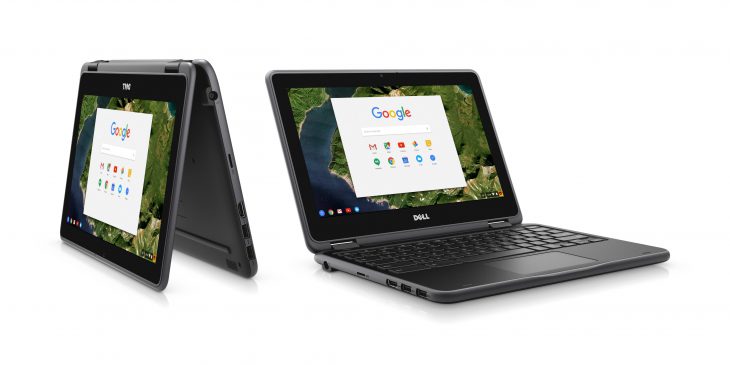 Is 2017 the year of the Chromebook, finally? It seems that all the big names are announcing Chromebooks this month, with new ones from ASUS, Samsung, Acer and even Dell getting on board. It isn’t just manufacturers driving the uptake, though, with the introduction of Android apps on the platform, and even some new devices with a stylus … and Dell’s now joined those ranks, too.

This 2-in-1 Chromebook not only features the 360º hinge which allows it to function as a laptop and as kind of a tablet, but a fully sealed keyboard, rubberised corners for increased durability and the option of a stylus called the Productivity Active Pen. There’s even an optional camera which can be used when in tablet mode. In short, this tablet is designed to withstand the abuse of an educational environment, or perhaps your kids, and to come out on top.

The Chromebook 11 and Chromebook 13 are less exciting, offering Intel Celeron chipsets (though the 13-inch model can be upgraded to Intel Core i3) but none of the stylus or convertible screen action. All three offer full day battery life, sealed keyboard and durable design.

Dell has no immediate plans to bring this range to Australia, that we can tell, but we’ve put in the question anyway just to be sure.