It’s been a slow start to 2017 for the Google Docs team, but they’re back into it with new updates for Google Docs and Google Sheets, there’s some Android specific updates and iOS users get some goodies as well.

The features for Android users focus squarely on Docs with three new features including the ability to:

The drag and drop feature can be used in conjunction with the multi-window capability on Android Nougat, something I’ve been waiting on for some time. The image editing feature in Docs is a welcome change, allowing you to do a lot more with your documents while on the go. 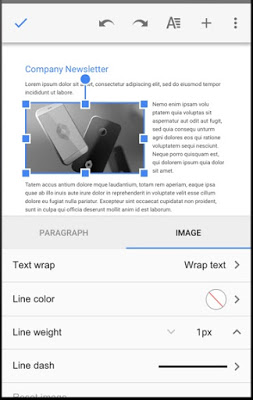 The updates are rolling out quite quickly so you should be seeing an update notification in your Google Play updates panel shortly.