Home Mobiles LG G6 shows off for the cameras again Last week Chris did a roundup of all the rumours about the LG G6. Seems he jumped the gun a bit early. Since then we have seen several more rumours including the latest which is a closeup picture of it.

Korean news site, UnderKG has managed to obtain a photograph of LG’s 2017 flagship, the G6. The image shows the SIM card slot (and/or microSD card slot) being mounted on the right hand side of the phone with an overall metallic look to the phone. Aside from that there is really not much that can be deciphered from the image itself aside from the minimalistic bezel at the top of the phone.

With the phone being officially announced at MWC at the end of February we can expect even more leaks in the coming weeks. In the end I doubt there will be much that we do not know about this phone before it is announced. It is expected to be running a Snapdragon 821, include Google Assistant, have a 2k display with an 18:9 display ratio, 64GB of storage and 6GB of RAM. 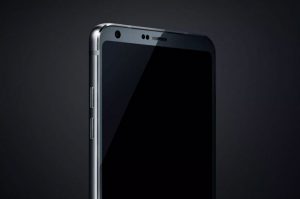 With our own LG aficionado (Chris) heading to MWC we can expect Ausdroid to have full coverage of the phone’s announcement and some first impressions shortly after.

Does this picture make you want the G6 more or less or are you indifferent about it? Are they making a mistake releasing it early with a SD821?

Finally a device that will compete on looks at a retail level and that outlets will want to carry.
Because of its known dimensions, it will be smaller and more manageable than every other 5.5″+ phone out there (90% or more screen to body ratio).
Shame about the non-removable battery, but the inclusion of heatpipes should extend the life of the device overall.
Can’t wait to find out more.

Looking good.
Its almost like HTC and LG have swapped children

HTC releasing a phone with a second display slice.
LG showing off a nicely worked and chamfered aluminium body