The Google Play Deals of the Week have been updated this morning with Weather 14 days Pro and Dark Echo discounted to just 20c each. Weather 14 days Pro
This weeks deal is for the official weather app for weather.co.uk which says it delivers ‘the latest weather information for the United Kingdom and the rest of the world’.

Getting the weather is a big part of smartphone ownership, with an almost constant connection to the internet we can find out changes almost immediately. The app offers warnings and notifications, forecasts and widgets in a Material Design app which will get you all the information on weather including temperature or rainfall information as you need it.

You can get radar, satellite or map views of the weather from the app, and though it’s UK based, they do offer data for a number of countries around the world.

There’s no In-App Purchases with this app, it’s handy for anyone travelling around the world and has some good looking widgets. If you love knowing the weather this is a pretty good app to grab. 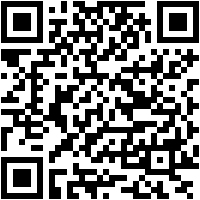 It’s kind of hard to differentiate a game from the competition these days, but it looks like Dark Echo has done it.

The game has a unique gameplay mechanism, using sound to bounce of obstacles in the game which you then have to navigate round to survive through 80 heart racing levels. It’s a horror game best played with the lights out, headphones on and no-one around to hear you scream!

The game is basically puzzle solving, but doing it essentially blind could be one of the most interesting takes on puzzle games we’ve seen in a long time.

The game is on-sale now for 20c for the next week, so snap it up and try it out before it’s gone. 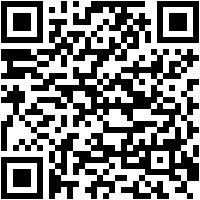 Last weeks deals, for Twilight Pro and Bulb Boy are still in place, so grab them if you haven’t already.

I had a quick look at Weather 14 this morning but immediately found that there were some quite substantial differences between what it was forecasting for the current day and the forecasts of Pocket Weather and Weatherzone (which I have learned to trust). If I can’t rely on it for today’s & tomorrow’s weather what confidence can I put into its assertions regarding the weather in two weeks time? Still, it looks pretty enough… BTW.. I’m not sure where you get the idea this is a UK based app. The developer is in Spain and the blurb on the Play… Read more »

Because last night when I wrote it, the blurb actually said “Weather 14 days is the official app of theweather.co.uk ” Interesting it changed.