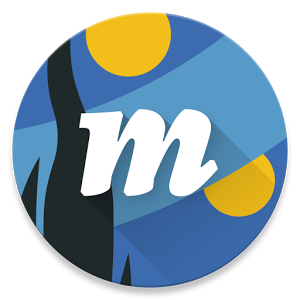 We first talked about Muzei two years ago when developer Roman Nurik released it in February 2014, and in the last twelve months, it didn’t see a lot of development. Muzei, you ask? Muzei is a live wallpaper which refreshes your home-screen each day with famous works of art. It also recedes into the background, blurring and dimming artwork to keep your icons and widgets in the spotlight. Simply double touch the wallpaper or open the Muzei app to enjoy and explore the artwork in its full glory.

Much of this functionality has found its way into other OEM skins, in different guises. Pixel phones come with wallpaper options that are similar, changing your wallpaper daily from various groups of photography, including cityscapes, satellite photos and more. Muzei, though, uses famous artwork to power its choices, though you can point it at any photo source and it will rotate those, too.

In this major update, we’re seeing a swathe of changes, including:

I remember rather liking Muzei when it was first released, and it might be time to give it another look to jazz up my home-screen wallpaper (but not my lock-screen, that’s always got the family on it).

I was paid 104,000 bucks in 2016 by working from my house a­­n­­d I manage to earn that much by work­ing part-time for few hrs daily. I used an earning opportunity I stumbled upon from this website i found online and I am so excited that i made so much extra income. It’s very newbie friendly and I’m so thankful that i discovered it. This is what i did… STATICTAB.COM/astkxim