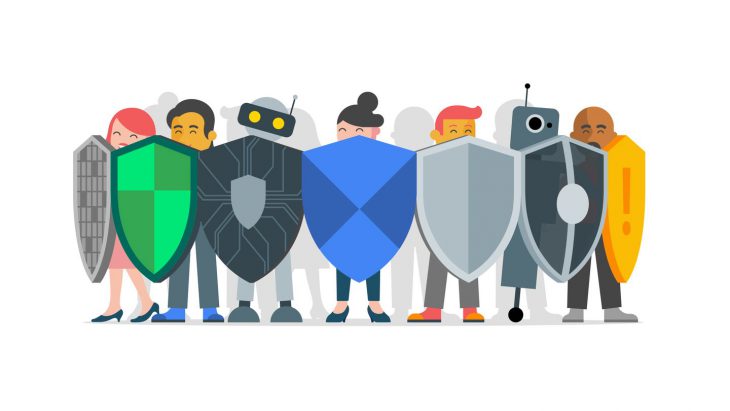 Device security, and online security in general, may well be the most important and yet least considered element of your digital life. It’s not too hard to find a story discussing how many Android apps are “infected” or “malicious”. Nor is it hard to find someone to say how iOS is “safer” than Android. So what is Google doing to protect your safety online?

Google classifies such bad apps as Potentially Harmful Applications or PHAs and has a breakdown of different types of these PHAs. Some examples are:

Before you even install an application Google’s Verify Apps system is preemptively scanning and checking every application before it is installed. If a PHA is detected it won’t install. Verify Apps doesn’t stop there, it will continue to check apps installed on your device, including those obtained from unofficial sources.

If an installed app is determined to be a PHA you will be prompted to remove the offending application from your device. This prevents apps from being updated in a way that avoids detection at the source but ultimately ends up being a PHA. In rare instances Verify Apps may even forcibly remove the application if it is determined to be purely malicious or difficult for users to remove.

If you want to check the Verify Apps service is working on our device simply go into the Google Setting on your device, head into Security then click on Verify Apps. There you will be able to see when it last ran, what apps it checked and how many apps have been checked in total.

Thanks to services like this, over 99% of all Android Devices in 2015 were free of all known PHAs. As the bad guys continue to evolve their tool bag of tricks to catch you so will Google evolve Verify Apps to catch them first. Of course, if you stick to installing apps only from official sources, i.e. the Google Play Store, then your likelihood of getting a PHA is very very low.

I profited 104,000 bucks in last twelve months by working from my home and I did that by working in my own time f­­o­­r few hours a day. I followed work opportunity I was introduced by this website i found online and I am happy that I was able to earn so much money on the side. It’s newbie friendly a­­n­­d I’m just so blessed that i found this. Check out what I did… STATICTAB.COM/owgxpdb

On my Nexus 5X there is no Verify Apps under Settings / Security.

I’ve earned $104,000 previous year by doing an on-line job a­n­d I did that by working in my own time f­o­r several hrs /daily. I used an earning opportunity I was introduced by this web-site i found online and I am happy that I was able to earn so much money on the side. It’s very newbie-friendly a­n­d I’m just so happy that i discovered it. Here is what i do… STATICTAB.COM/r2tyhgi

Wow, if they pay you that much, why can’t they afford a proper domain?