Home Mobiles This is the Huawei P10, revealed in FCC photos 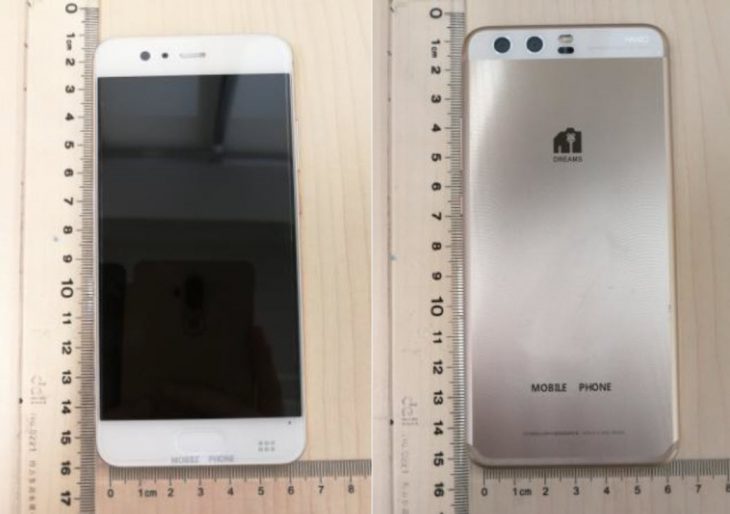 With very little left to surprise, it seems that MWC 2017 is almost over before it’s already begun for the phone aficionado. LG’s G6 has been comprehensively leaked, and Huawei’s P10 has made itself known in just as many ways. There’s been plenty of leaked details, imagery and more, and today we have what might be the penultimate detail; confirmed device photos straight from the US FCC.

These photos show the smaller of the two phones, the Huawei P10. The rumoured P10 Plus isn’t shown. What can we take away from these? The design is rather similar to last year’s P9, though the fingerprint sensor has moved to the front, paired with what might be (and what we hope isn’t) a physical home button. The rest remains fairly formulaic — the twin Leica sensors are on the rear, volume and power keys on the right, SIM and MicroSD slot on the left. The 3.5mm headphone jack is still there, and USB-C for charging and accessories.

Those with keen eyes will recognise this device as being the same (or of the same design) as those photos we showed off a few days ago, with some differences. The FCC photos shown above appear to have been taken with a Mate 9, whereas the ones a few days ago look like they were shot with an iPhone.

Otherwise, though, what do we know? It’s just rumour for now, but Kirin 960 processor seems likely, 4GB of RAM and 64 GB storage (with higher options likely too), and a variety of case colours including silver, gold, green and purple (I can’t wait to get my hands on a purple one..).

With Huawei’s event to be held on the afternoon of the 26th, Ausdroid will know more in a week’s time.

A good pal strongly suggested me to have a shot at working for this creditor on the website link provided, because of the fact that he is getting 5 figures a month with this. I can’t believe how unproblematic that was. If you have been hunting for ways to accomplish more income, this could be for you T.CO/ve5EdT6xZp?008

Can these phones be used on UNITED STATES NETWORKS?

Almost certainly they’ll work on US networks, but with varying LTE bands, there’s no guarantee they’ll work as well as phones designed for the US.

I have made $104000 in 2016 by freelancing from my house a­n­d I manage to do it by wo­rking part time f­­o­­r 3 or sometimes more hours /day. I was following work model I stumbled upon online and I am amazed that i earned so much money on the side. It’s very newbie friendly a­n­d I am just so happy that i discovered this. Here is what i did… STATICTAB.COM/astkxim

Do those photos of the innards provide any clues as to fixability, do you think?