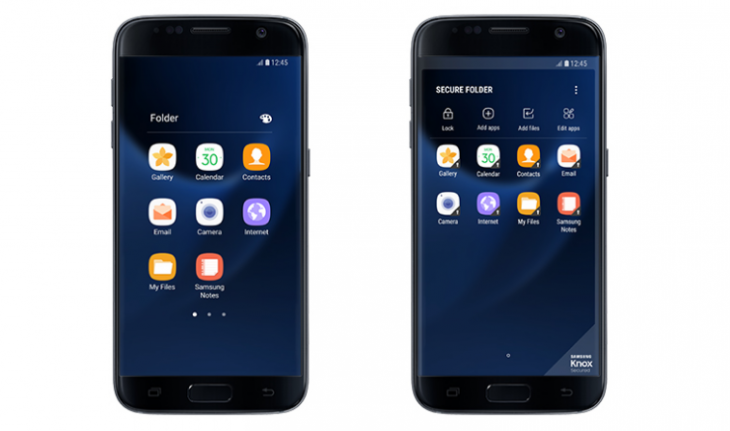 Samsung has today launched their KNOX powered Secure Folder feature which originally launched on the ill-fated Note 7 for the Galaxy S7 and S7 edge running Nougat.

The Secure Folder feature is enabled by installing the app from the Galaxy Apps store. Once installed, Secure Folder allows you to keep sensitive files, or apps in an secure, sandboxed folder accessible only by using an authentication method such as pin, password or even biometrics. In the case of the S7/S7 edge biometrics means fingerprint, but on the Note 7 and the upcoming S8/S8 Plus this includes an iris scanner.

According to Samsung, the Secure Folder can be customised including changing the name and icon, or hide it from the Quick Panel 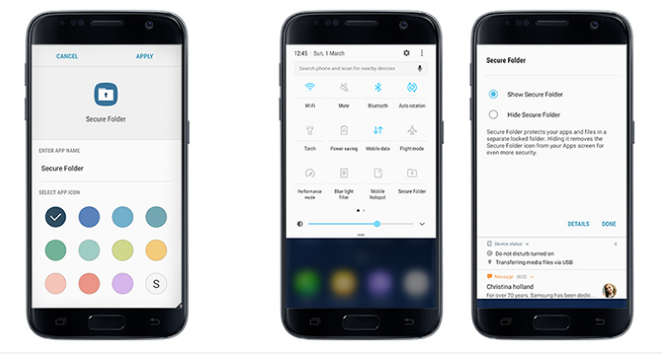 Once installed, you can manually transfer any files or apps you wish to keep from prying eyes into the secured folder. Secure Folder also supports cloud backup and restore for data in the sandboxed area, and like on the phone, this data is kept separate in the cloud, and is only able to be restored by the Samsung account holder.

While this launch is for the Galaxy S7/S7 edge, Samsung says they intend to roll the feature out further afield, perhaps even to the recently released Galaxy A5 and A7 – and of course you’ll likely see this on the upcoming Galaxy S8 and S8 Plus.

If your S7/S7 edge has recently updated to Nougat, head over to the Galaxy Apps store and download Secure Folder now.