How much time do you spend on your phone every day? What apps are you using? A new app from Melbourne based compaby, Bugbean, called Antisoical is set to help answer these questions for you.

The app doesn’t force you to stop using your phone, at least not if you don’t want it to, it simply logs data about how you use the phone. The app won’t read any messages or record your screen it simply logs your daily usage and shows you usage statistics on a daily or weekly basis. You can track how much time you spend on Twitter, Instagram, Facebook or on other tasks like checking notifications or listening to music and then you can compare yourself to others around the world.

Chris Eade, Managing Director of parent company Bugbean, is proud of the new technology that Antisocial leverages to track your app usage. He says that ‘AntiSocial does not track time of inactive Apps so if you come out of Facebook Messenger for instance, that time will stop being tracked’.

An optional blocking option, which comes in 3 modes can help you control your usage of the phone blocking apps you feel monopolise your time and help you break your habits.

It’s part of a process to break addiction, something some people struggle with. Wollongong University’s Professor, Katina Michael – a specialist in online addiction said ‘This App truly excites me. I have been working within the social implications of technology space for 20 years and this is the first of its kind’.

Smartphones are still relatively new, and we’re still working out how they affect people mentally, there’s certainly an impulse from most people to reach for their phones as soon as they wake. Professor Michael said that the app ‘exists to help people be mindful of their phone usage and hopefully it will encourage people to reflect on their personal goals and patterns of interaction with others in their physical surrounds’. A lofty, yet admirable goal for a mere app.

The app is only available on Android due to restrictions on iOS which won’t allow for tracking of apps in this manner. Bugbean is encouraging users to download the free app, which also has no ads inside, for at least 2 weeks to get an accurate reading of their usage.

If you’re interested in checking out Antisocial it’s available now on Google Play. 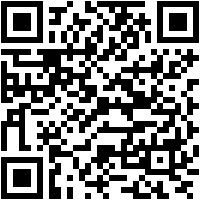 Dan, thank you for this article about a new and very interesting app. I know this sort of article sometimes gets criticised as more of an advertisement but I find it genuinely helpful to have these sorts of things flagged. I will be installing this app and having a play to see what it can do.