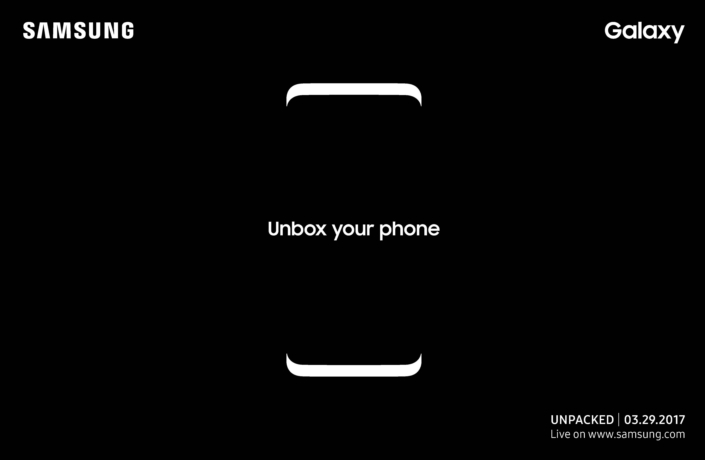 The phone in the render, which has been generously supplied by Evan Blass, shows the black version of the phone with a fittingly Galaxy themed wallpaper, showing Wednesday 29th of March on the lock screen – the same date the phone will be announced. The render shows the curved display at the corners and again confirms the lack of physical and capacitive keys.

The render shows a power button on the right, with a volume rocker up the top on the left and another button below that which is possibly the hardware button for Samsungs rumoured Bixby assistant.

There’s not much time left until the event, so we may see more colour options for the phone showing up in the next few weeks.

That is one sexy device, I just hope the Iris scanner is good enough to replace the fingerprint…

If it’s the same one from the Note 7, it will be just fine.

It will be either same or better than the one from the Note 7 so it will definitely be fine.