Home News and Editorial Reviews App Review: Wear Stand-up Alert for those with back issues Over 20% of Australian adults have “back problems” of which I am one of them. There are many causes of back issues. Bad posture while sitting is one of them. To alleviate sitting postural issues it is recommended to not sit for too long but instead get up and walk. Wouldn’t it be great if there was an app for your smartwatch that reminded you to stand up at certain times while also allowing customisation of times and steps? Well, there is.

My back issues are now on-going do to postural issues while sitting. My work chair is not very ergnomically sound and as such I need to make sure I stand up and stretch every so often. I needed an app that reminded be to do it every 30 minutes or so when I have not been active for that 30 minutes but at the same time do not notify me if I have been active. After trying quite a few apps on the Play Store with varying success (ie. very little to none) I found one that covered everything I wanted it to with a heap of customisation possible

The app installs onto your phone first (assuming you do not have an Android Wear 2.0 [AW2.0] smartwatch — if you do have AW2.0 it will bypass your phone and install onto the watch itself — and then your watch as per usual for AW1.x. Unlike most AW1.x app the settings for Wear Stand-up Alert are on the watch itself, which is probably why it was/is one of the first AW2.0 compatible apps.

After activating the inactivity tracking the user can then set the times they want this to be monitored for (9am to 5pm for me), followed by the days you want monitored (M-F for me). You can then also adjust the vibration reminder pattern and whether you want a notification card or not.

Obviously there is no point in reminding me to stand up if I have been walking around a lot so you can set the number of steps for your notification threshold and the time for this number of steps. I have it set at 150 steps per 30 minutes. It I do less steps in that 30 minute period it will then give me a reminder to stand up. As part of this functionality it will also record and store the number of steps you have performed. 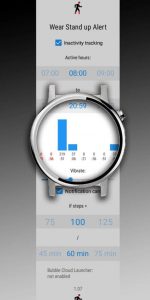 The Bubble launcher included in the title of the app is just an associated launcher for Android Wear made by the same developer that turns the interface into something similar to the Apple Watch interface. It also allows you to adjust this app’s settings from the phone but something I gave a miss after using it for a brief time. It was the Wear Stand-Up Alert that impressed me.

Seems very simple but this was the only app that provided all the required functionality I required to help keep my back healthy. It you have and Android Wear watch and a job that requires you to sit for extended periods of time and/or have back issues then I recommend you give this app a try. For only $2.29 it’s a small price to pay for your health. 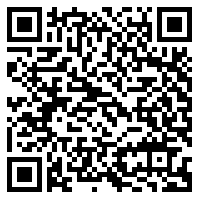