Home News and Editorial TWRP updated to v3.1.0 bringing backing up to your PC and improved... 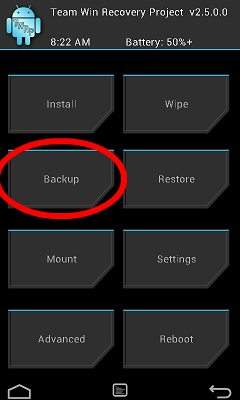 A couple of weeks ago we reported that everyone’s favourite custom recovery, TWRP, would be bringing support for backing up to your PC. Today TWRP lead developer, Ethan Yonker (aka Dees Troy) posted to his Google+ account the details of the official release.

The ADB streaming of a backup to your PC is a relatively complicated process for the average user at this stage but needs to be initiated from the PC side of the connection. Details of how to perform it can be seen on github. There are several options to do it manually but also you can trigger a GUI on the backup page on your device by typing the ADB command:
adb backup --twrp

You can also restore a backup directly from your PC to your device using the command:
adb restore filename.img

There are quite a few other changes to this TWRP update including the ability to flash alpha and beta OTA update zip files, boot slot support (Pixels only at this stage), the recovery sources have been updated to AOSP 7.1 and the inclusion of a prompt to install the TWRP app before rebooting. The TWRP app makes updating TWRP and keeping up with updates a lot easier than performing it manually but this prompt can be turned off if you’d rather do it manually.

If you are running a custom recovery head on over to the TWRP website to check it there is an update available for your device. At this stage, due to the increased complexity of the dual partitions on the Pixel phones their recoveries are built manually by Dees Troy and he has stated that he will be doing that in the next few days.

It’s great to see this awesome recovery continuing to improve. Install their app and support them if you use TWRP.

Doesn’t appear to be any 3.1 support for Pixel yet which kind of defeats the headline

As i said in the post the Pixel builds are still done manually and will be done by the lead developer in the next few days. A lot of the enhancements this update are Pixel multi partition related, hence the title.

Keep an eye on the website, install the app or watch XDA to see when it comes out.