I had big hopes for Mobile World Congress, and wearables were at the top of my list. Sure, I hoped to see some great phones — and we did — but great wearables we really haven’t seen yet, leaving me to conclude that the current batch of Android Wear devices really is just rather poor.

This really shouldn’t be the case; we’re at the precipice of Android Wear 2.0 which should really, truly reinvigorate the platform. Android Pay on your wrist is an absolutely killer feature (having used it over the last two weeks), and yet, there’s nary a device on the Australian market that supports it. Instead, we’re left with rather dated devices, and even though we can’t buy them, there’s some rather lame watches being released elsewhere too.

Firstly, let’s look at the Huawei Watch 2. It promises a lot — LTE variants, both sporty and more fashion-conscious variants, a range of colours etc. They didn’t rate too much of a mention at Huawei’s press conference, though … most of that time was devoted to discussing the new P10 smartphone. However, mentioned they were, and on show on the show floor they were as well. With relatively thin cases, LTE, GPS, NFC, a decent amount of RAM and support for Android Wear 2.0 and Android Pay, the Huawei Watch 2 sounds great … on paper. It even feels pretty great on the wrist… 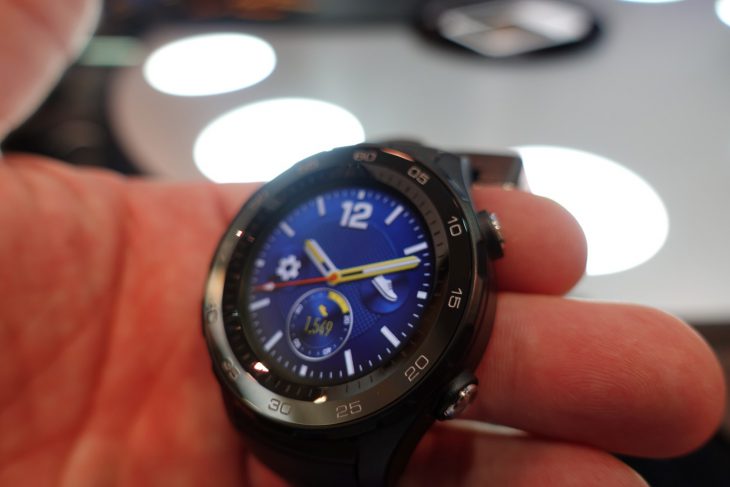 … except that it doesn’t really use premium materials which we’ve come to expect from Huawei, the watch-face is actually smaller, and there’s only 2GB of storage available. This isn’t much for those who like to store music on their watches for use while exercising etc. Oh, the worst bit? While the Huawei Watch 2 will come here, we do have to wait a few months .. it’s not likely to arrive until nearer to the end of Q2, 2017.

If we then consider LG’s new entrants, the LG Watch Sport and LG Watch Style, there’s a similar “but”. The Watch Sport promises the inclusion of all but the kitchen sink, a rotating crown to interact with, all the three-letter acronyms, IP68 water resistance and more … but the design is kind of middle of the road, it doesn’t feel too premium  and you can’t even change the strap. I tried the Watch Sport in Barcelona didn’t like it as much as I thought I would. As keen as I was reading about it on paper … I’m less keen on rushing out to actually buy one, but I could be persuaded to take a second look.

The same couldn’t be said for the Watch Style. Yes it has swappable bands, and the display (an OLED) looks kind of nice too. It has some of the Sport’s features, including IP67 water resistance, Android Wear 2.0 etc … but the battery is small, it’s not really my kind of ‘stylish’ for a watch, and without GPS or NFC, it’s next to useless for most of the things people want to use a wearable for.

We understand LG might bring one of these watches to Australia at some time in the future, but it almost certainly won’t be the LG Watch Sport, and that’s a real shame. It’s the only one that’s at least half good.

You can read my hands-on with Huawei’s Watch 2 and LG’s Watch Sport and Watch Style which I wrote from Mobile World for further details on these three watches.

The TAG Heuer Connected Modular 45. What can we say, from our coverage this morning you’d already know that this watch is everything that Android Wear devices should be … except for one thing. That ludicrous $2,000 price tag. I would absolutely wear one of these, but I’d have to sell a lot of my gear to afford one.

What else really is there? One of my favourite watches that you can buy at the moment is the Nixon Mission, but it doesn’t have NFC circuitry either, and (as yet) doesn’t have Android Wear 2.0. Even if it did, it wouldn’t support the new features like Android Pay, which is something I desperately want, and while I like the Mission, the design isn’t for everyone. It’s a big watch.

Samsung’s Gear S3 is a nice watch, but it isn’t Android Wear. This isn’t necessarily a problem; it handles notifications well, and the battery lasts for ages … but you can’t interact with Google Now / Assistant, and it has NFC but doesn’t support Android Pay. As much as I like it, I feel the Gear S3 could be so much more useful if Samsung would stop going it alone on software.

That’s kind of where we’re left … all of these watches have their upsides, some more than others. I’d love the TAG watch, but I just don’t think that’s realistic. I’d settle for the Huawei Watch 2, but it won’t be here for a while, or the LG Watch Sport, which probably won’t ever be here … and the rest just don’t offer what I actually want.

Is the category suffering because no one will make an affordable watch that actually offers consumers what they actually want? 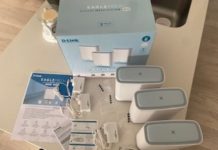 I have the Pebble OG. Still works, still does the job, can be read in sunlight, and the battery lasts a good part of a week.

If it died, I wouldn’t be buying an android watch. I don’t think they really have a clue what makes for a workable tool, or a workable price point.

When did usability testing become a dirty word?

Love the article and your sentiments. Agree whole heartedly.
I own a HW2 atm and the only possible upgrade(side step?) at this point is the fossil q marshal. Only downside from what I can tell is no NFC. Otherwise it’s a big screen, premium materials, and high end specs.

All other options are meh.

Not a premium screen according to Android Police: ‘These watches have awful LCDs with poor viewing angles, dull colors, and lots of ghosting. Flat tires too.’

Oh bugger. There’s a fossil shop in the local shopping centre. Might drop past and have a gander. Otherwise the HW#2 will have to stay put for a bit. It is a big leggy on the development android wear2 build tho.

I notice Ausdroid didn’t complain about the screen in their review. Might have been fixed, might have been missed by Ausdroid or might be subjectively bad depending on the user. Either way I’d definitely want to see and use one before purchasing after such a bad review by Android Police.

I like this article agree with u nothing at MWC for smartwatchs jumped out and I really wanted to upgrade my 1st gen moto 360.

So seems like I will choose between 1st gen huweai watch or the ticwatch 2 which isn’t an Android wear watch but still a good watch for your android device.

I think I’m going to sell my SW3 and go for an LG Urbane v1. Its apparently still going to get AW2.0 and it looks more like a normal watch. You can get them in near new condition fairly cheaply on ebay

Hmm, not a bad choice. but the Urbane v1 is quite dated now … and it’s really not that great.

What don’t you like about the gen 1 Urbane? Let’s not talk about style because from your article it’s apparent you like bigger watches and the OP prefers smaller watches. Being gen 1 it doesn’t have nfc, a sim, or the rotating crown/bezel, it also doesn’t have gps. However, these are not givens on current releases. It still has one of the better battery lives and a good looking display. I haven’t had the opportunity to play with a snapdragon 2100 device so i don’t know how much smoother these devices are. While the gen 1 urbane could be smoother… Read more »

Fair enough. I owned the Urbane Gen 1, and while I didn’t mind it … I actually found it a bit too bulky. The battery life was good, though, and the display was pretty good.

If you could find a gen 2, I have seen them in the past and somebody else posted they bought one recently they are also an option. Pretty cheap, it’s basiclly a LG Watch Sport with from memory better battery life. Obviously its a big watch. It’s been a while since I’ve seen a photo of one but I could potentially see myself wearing one. However I couldn’t say the same about the Watch Sport. Bear in mind that they were pulled from market almost straight after release because a component was faulty (the screen from memory). I’m not sure… Read more »

by Gen 2 do you mean the one with LTE? or a Gen 2 of the first Urbane?

There was only 1 gen 1 the LG Watch Urbane, when i say version 1 or gen 1 i am referring to this.
There were 2 gen 2’s but they are the same apart from the faulty component being fixed. The full name of this watch is the LG watch Urbane 2nd edition. Sometimes it has the suffix 4G and/or LTE placed in it’s name.

Agreed. I thought I might have done the wrong thing a few months before Christmas by picking up the leather Huawei Watch cheap but given the current range of Android Wear 2 watches, I’m glad I did! Nothing in the new range of 2.0 watches catches my eye.

Yea, I agree with everything said. I have the Gear S3 (Frontier). it’s a great watch, but Tizen has a lot of shortfalls. I wish they had gone with Android Wear. Samsung really need to quit with the anti-Google “let’s do things our way”. S-Voice is garbage on the Gear S3 and S7E, as will be Bixby on the S8. Google Now/Assistant works….so let your customers use it. But it’s still my pick of the bunch. The Tag watch is fantastic, but there’s no way on earth the price can be justified for something that’ll last a couple of years… Read more »

If there was a way to get Android Wear 2 on the Gear S3 hardware … that’d be close to the best watch available for features vs price etc.

Sold my Huawei Watch leather version for 240 (used for a year and had lot of scratches). Bought lg urbane 2nd edition for 270. It’s on its way for delivery. It has nfc, lte and better battery than LG sport. Hence I’m gd for next 1 year without need of upgrade

Where’d you manage to get one? Do you have a link?

Ebay. its from US. 6 months warranty.

I can’t like this article enough… reflects my thoughts exactly.

The only one of these watches that is remotely tempting is the LG Watch Sport, and only after seeing a few less-scathing reviews on YouTube.

The thing is that, between my OG Huawei Watch and my non-smart Fossil, I prefer the Fossil precisely BECAUSE it’s a bit bigger, chunkier and has more heft that the Huawei. So to my mind, that works in the LG’s favour. Of course, you can’t actually ORDER the LG – other than joining the waitlist.