Although there is still just under two weeks until the announcement of the Samsung Galaxy S8 and S8+ there are still multiple leaks every single day. Unless there is something extremely innovative and exciting such as today’s 1000fps slow-motion video capture we will roll them into a single post. Aside from the slow motion video leak there have been several others overnight.

Slashleaks once again manged to get their hands on some more Galaxy S8 dummy photos that showed the curved display nicely (nothing new here) and the back of the device better than most images of it we have seen. Interestingly the picture of the back of the dummy device makes that fingerprint sensor look awfully close to the camera lens. I have no doubt that my finger is wide enough to press on the camera lens while simultaneously unlocking using the fingerprint sensor. Of course the proof will be in the pudding when we manage to get one in hand — it will certainly be something we test.

The next set of pictures surfaced on Chinese social media site, Weibo, and show the Galaxy S8 in various compromising positions. They show the phone in it’s shiny, jet black colour. Being this colour it has made it difficult for the leaker to obtain perfectly exposed pictures but they once again their show the curved display and the back of the device.

The next leak is one regarding the specs of the Galaxy S8. We have seen rumours of the S8 coming in both 4GB and 6GB variants. Now, research director of IHS for China Kevin Wong has said on Weibo that the 6GB SKU will be released in China only. We often hear how users in China are spec-hungry and this would seem to be the only reason for releasing a 6GB version here only. 6GB is not required in an Android device (yet), no matter how resource-hungry the manufacturer skin is. As such the 4GB Galaxy S8 should be just as capable as the 6GB version.

So far there doesn’t seem to be much to set the Galaxy S8 and S8+ apart from the other devices out there. We weer expecting revolutionary, innovative but seem to be getting a same-same device. One such innovation that may well set it apart is facial recognition technology for mobile payments.

Bloomberg is reporting that the new feature will combine the fingerprint sensor, the iris scanner and facial recognition to “verify users accessing mobile services including Samsung Pay”. Hopefully this extends to Android Pay as that is far more widely accepted her in Australia than Samsung Pay is. Rumours have already surfaced that Samsung will want their users to unlock their phones with the iris scanner more often than the fingerprint sensor. To aid this transition they have improved the speed of the iris scanner, which would help with the security feature here.

That is it for the daily round up of Samsung Galaxy S8 leaks and rumours. Once again we will have to wait until 2am on the 30th March (Australian time) to find out the actual specifications. Until then we will continue to report all the leaks and rumours we see and hear.

That black phone looks alot like a dummy phone. The S7 dummy phone had was also jet back, but the actual phone turned out to be bluey black. So they S8 may not be jet black on the back.
The tell tale sign if it’s a dummy is the flash is just a yellow block, and no proper sensors shown on the heart rate sensor. 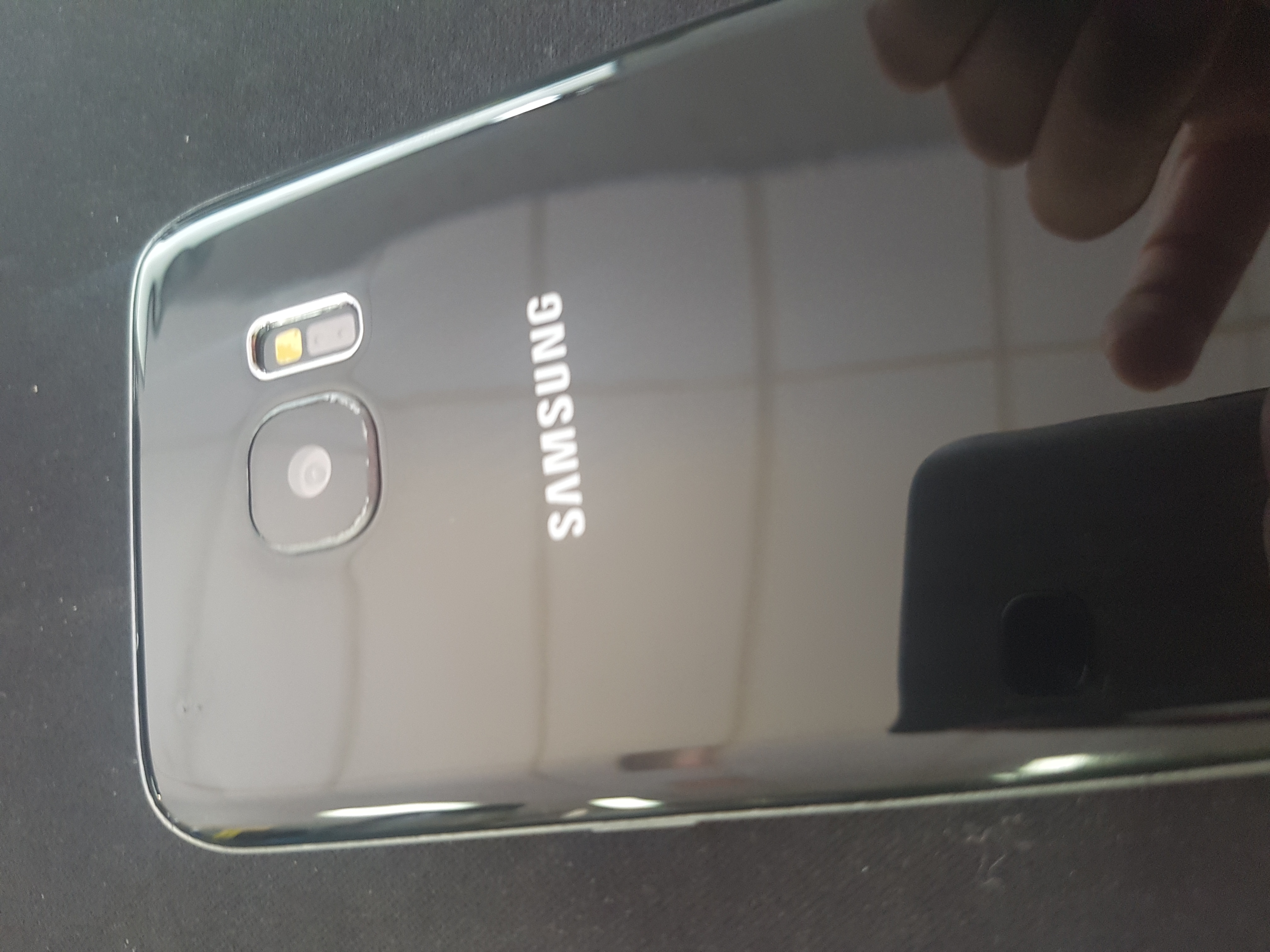 don’t burst my bubble 😉 i like the “piano” black

I know. I wish as well. I’ve been wanting a black black black Samsung, without the Samsung logo on the front as well.
Crossing all fingers and toes!

Coolio, probably grey then. Either way, wasn’t jet black like the dummy phone I got before launch. I usually cover it with a dbrand and a clear Case when I get it anyway.
Maybe the first year I don’t go dbrand and just have a clear Case if it’ll be jet black.