Home News and Editorial Water Time Gold and Blueprint 3D are reduced to 20c each on...

Google’s app deals of the week have the dual bonus of being really great value and also introducing you to new apps or games you haven’t considered previously. This week we see Blueprint 3D and Water Time Gold reduced to just 20c each. Water Time Gold
Drinking enough water is pretty important for your health, and Google agrees with this weeks app, Water Time Gold, the second app in their deals of the week in two months that will remind you to drink water regularly.

Drinking water is great for your health, it can have significant benefits on a number of areas including helping with weight loss and cleaning up your skin, but above all it’s just good to stay hydrated. Water Time Gold lets you set reminders to drink throughout the day, but won’t remind you to drink while you’re asleep once you set the time limits for the app.

As well as reminding you to drink you can also see your hydration statistics which will build out as you use the app.

It’s a neat app, but my preference is for Aqualert from a couple of weeks back which has Android Wear integration, if you missed out on that app though and want a deal then this is pretty decent. Head over to Google Play and check it out. 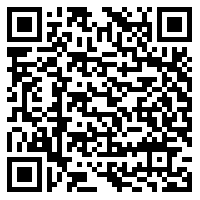 Blueprint 3D
It’s all about perspective in this game from German developer FDG Entertainment with Blueprint 3D a unique game concept that could entertain you for hours.

The aim of the game is to manipulate a seemingly random assortment of lines, dots and marks into a blueprint of an object such as a building, animal, piece of tech and more. It’s easy to play, just use the touchscreen to turn or rotate the picture until it becomes clear what you’re looking at. The game comes with a pretty decent soundtrack, some of which you can see in the launch video below:

The game comes with more than 300 Levels, but does have in-app purchases for new theme packs which add more levels to the game (it can’t all be free right?). Prices for additional content range from $0.49 – $0.75 per item so it’s not going to break the bank, but you do get some free stuff to start you off and get you hooked.

It’s an interesting idea for a game, and it’s definitely worth 20c just to have a go. If this looks like something you’d like to try out then head over to Google Play and grab it now. Last weeks deal for Oh She Glows – Healthy Recipes and Kingdom Rush Frontiers are still discounted to 20c for a limited time so grab them while you can.

Do you know what the process involves in apps getting chosen for the ‘deal of the week’ – at the moment it just looks pretty arbitrary and haphazard with a lot of apparent repetition, if not in the actual app (although there is that) but also in the types of app being selected.

I’ve asked a developer or two about it and they seem reticent to actually speak about the process. I agree, very haphazard in the type of app/game chosen.