Earlier this year the AFL and Telstra updated their AFL Live Official App. The AFL, being ones to always look out for their fans and customers and not go chasing the big bucks, introduced a few ‘great’ features that are heavily focused on giving fans what they want (there’s heavy sarcasm here).

The update introduced two ‘features’ – neither of which are seen in the Telstra NRL app – for users, notably that the AFL app will no longer play live video any larger than 7 inches and that users with Root access are no longer able to use the app.

Yes, no matter the size of the tablet and no matter that you have paid your $100+ to subscribe for the year — even if you got it free from Telstra you know that is reflected in the price you pay Telstra in the end so you do still pay for it — you still can only watch it on a 7 inch display. If your display is over 7 inches it will just letter box the live game to only show 7 inches of the game. Why? Because that’s what the fans want.

The second issue, restricting rooted users is quite galling to a number of users who root for completely legitimate reasons. Whether this restriction is an indication of a misguided belief that users with root access will pirate streams isn’t clear. Even though every single other streaming service allows root users to use their app — Netflix even allow you to download content to your device. Much of this is part of a much larger debate over “piracy” but for the AFL to restrict root users from accessing their app is extremely poor form but unfortunately well within their right.

Fortunately it is within my right to find a way around it.

My phone is rooted, bootloader unlocked, running a custom ROM with a custom kernel. I mention the custom kernel because it has, like nearly every custom kernel out there these days, the SafetyNet Check patch that allows a device with an unlocked bootloader to pass SafetyNet check. My Pixel XL (when not rooted) was able to use Pokemon Go, Snapchat and most of all, Android Pay but unable to use the AFL app. Every time, even though I was not rooted it came up with the error below:

After some searching it seems that a lot of users who were not rooted and were running stock ROMs were having this issue. Most of them were using Chinese or Asian based phones such as Asus, Elephone, Xiaomi etc. I had little idea how the AFL/Telstra were detecting such “root” because there was no root where they thought there was. Luckily, after much trial and error, I found out that Telstra/AFL were using the same root detection method as another provider in the states so the same fix works.

The following instructions to get the AFL Live Official App working on your “rooted” device again assume that you are using a phone that is rooted. If not, you will need to root it and I also recommend installing a custom kernel just in case the AFL use the SafetyNet check too. Might be a good idea to back up your device or any important data before performing this just in case you do something wrong but I did not have any issues myself and if you backup the file to edit beforehand you can easily restore it in case of an issue.

There are several ways to perform the hack to get the app working but I will show you the easiest. All it is is a basic edit of the device’s build.prop file. The following lines in the build.prop file are what appears in most, if not all, custom ROMs and what I think is happening for the phones who aren’t rooted but are actually getting the rooted error.

Once the phone/device has booted up the AFL app will now load and work as advertised. There are other ways to change these lines in the build.prop including using adb but if you know about these ways you do not need me to tell you how to use them. The easiest way is to use the root file explorer and text editor on your phone/tablet.

So in the end the fix for the “Your device appears to be rooted” is to root your device. Ironic isn’t it but we have been banging on at this for years. The answer to “piracy” is not blocking people with root access from using the app but that is for another discussion. 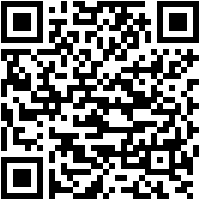 on my m8 android box I found my way to the correct directory but the build.prop file wasn’t there?????

HI mate didnt work for me

Not that I plan on paying the exorbitant fee for this but I’m sure those with Telstra will find it useful.

Thanks Scott. Great of you to share this. It’s worth noting that this and the My Foxtel app now work fine with Magisk Hide in Magisk v11.6 whereas they didn’t in earlier versions, so this may not be necessary if you already use Magisk.

unfortunately Magisk is not working all that reliably on Pixel’s just yet… but thanks for the heaps up as I know some of it does.