I bought Xiaomi’s Mi Box 3 International version (MDZ-16-AB) because I am happy with my old 1080P TV and old external speakers but want to be able to watch Netflix and paid purchases on Google Play Movies/TV using a device with a good remote that any member of the family could use easily. Hence I didn’t want to buy a Chromecast because it would require casting video and audio content from a phone or tablet. My Ausdroid colleague Phil said a few months ago that the 4K Mi Box looks good but you’ll probably have to import one. That’s what I did because they’re not officially sold in Australia. I bought mine from MemoSmart on Aliexpress for $AUS100.

I paid for DHL express shipping but it wasn’t sent for many days. Paid for on 24 Feb, received 8 March. DHL shows shipment was picked up 6 March in Singapore and it took them less than 2 days to reach me in Sydney Australia. I think the seller may be sending their packages via cheap slow postage from China to Singapore, where the boxes are then shipped via DHL Express.

Wherever you buy yours from make sure it is the international version model MDZ-16-AB. This is the version that is being sold in USA Walmart stores not the Mi Box Chinese version which has different software. The benefit of Xiaomi Mi Box 3 (MDZ-16-AB) is the officially Google Android TV 6 software and certified Netflix app which can play up to 4K content.

Memosmart included a cheap US to Australia travel adapter in the DHL package. However I think it was quite low quality because it fitted very loosely into my wall socket and sparked while doing so. I threw it away and bought a Korjo adapter to use instead. Note that you don’t need a step-down transformer because the Mi Box 3 works with power input 100~240V. Don’t worry if you get plain brown Mi Box packaging instead of bright orange, some of the Xiaomi packaging comes like that.

These are photos of the left/right sides and back of the box. The free offers are only valid for Americans. “Box” doesn’t really do the device justice as a name. It’s more of a rounded pebble shape and smaller than I expected at 10.1 cm width and length as well as 1.95cm thickness. At 176.5g weight it’s similar to a large smart phone. If you keep the packaging you could easily take the Mi Box, it’s power adaptor and an HDMI cable with you on holidays and use it at a hotel after connecting it to the accommodation Wi-Fi. Inside the box you get well written setup instructions, a handy little HDMI cable, and an excellent quality Bluetooth remote that also includes a voice search button. Installation and configuration was quite easy as I was offered the option to set up using another Android device and copy Google account settings across.

Pro Tip: the easiest way I’ve found to do this is: have your phone on the same Wi-Fi network as the Mi Box, make sure no other Android devices that you’ve logged into are on, say “set up my device” into the Google App search bar. I was initially confused because it didn’t seem to work, but that’s because the set up my device prompt had appeared on my tablet which was turned on and left elsewhere in the room. Once I turned the tablet off my phone was able to find the Mi Box and connect to it to take over set up. 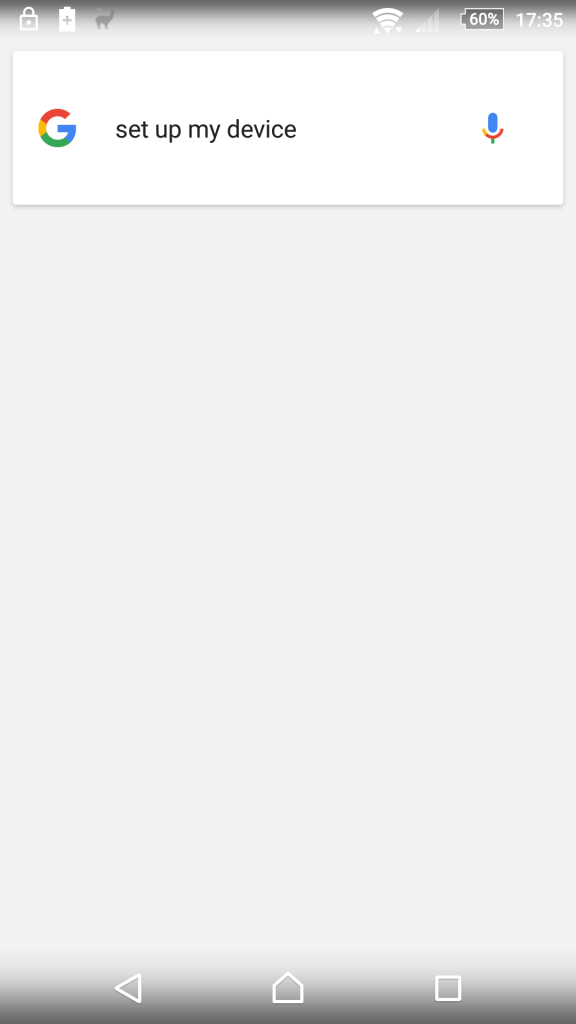 Xiaomi is quite regular with its updates so make sure once you’re logged into the Mi Box that you check for a new version of the system software. My initial impression from using the Mi Box 3 during the last few weeks is that the Red Dot and Good Design awards are definitely well deserved.

This is an excellent value device for $AUS100 if you mostly watch Netflix, Youtube and Google Play Movies/TV. It’s well worth purchasing also if you are inclined to install KODI on it as a media player and way of accessing Australian free to air TV catch up content through unofficial add-ons.

I have used the Mi Box 3 to watch several episodes of the TV series Blacklist and The Magicians purchased from Google Play Movies/TV with no problems whatsoever. Watching various TV shows and movies using the Android TV Netflix app has similarly been an excellent experience.

Connecting my laptop to the TV via HDMI was my previous messy solution for watching Google Play Movies/TV content and I used my several years old Samsung Blu-ray player to view Netflix, ABC and SBS catchup shows. In comparison the Mi Box is much tidier than the laptop solution. It also processes commands and takes almost no time at all to buffer before beginning playback compared to the Blu-ray player.

Note that only the 7 Network has an official Android TV catchup app. The other Free to Air Australian TV networks have not released Android TV apps as yet. You are able to sideload the Android phone version APK’s for these other Freeview station catch up TV apps but it should be noted that these are designed for touchscreen phone and tablets so they don’t work really well on Android TV. The Foxtel Go APK will not work on the Mi Box. I live in hope that the Freeview app will support casting live TV soon. The Mi Box 3 has built-in Chrome Cast functionality if you do want to use that with your phone or tablet. I tested casting the ABC News 24 livestream via the ABC iView app on my phone and it worked perfectly. 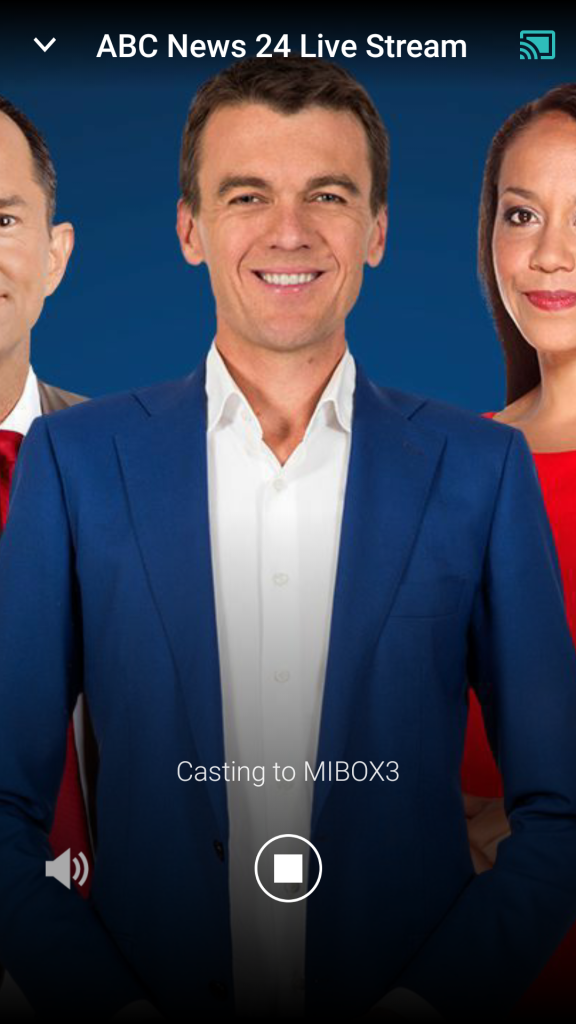 I cannot comment on the Mi Box gaming performance because I’m not a gamer and didn’t buy the optional Xiaomi game controller. I also can’t personally describe the 4K performance because I don’t have a 4K TV and I don’t download illegal movies and TV shows via Torrents etc. There’s so much excellent legally accessible TV and movie content on Netflix, Google Play Movies/TV, SBS OnDemand and ABC iView that I don’t even have a chance to watch a fraction of what I want to.

To find out more about using the Mi Box 3 in Australia I recommend this thread on Whirlpool forums which contains many useful tips and tricks, especially the posts by user WRXTASY who has been very helpful in providing excellent advice to Australian Mi Box 3 owners.

Neerav purchased this review device himself and reviewed it for Ausdroid

I just picked up one of these after my Nexus Player suddenly died on me. Found it on Ebay with free AU shipping from a Melbourne based outfit. Seems to be working pretty well, though I haven’t had a chance to test out the 4K performance.

Looks and sounds like a cheap way to get into Android TV now that the Nexus Player is not for sale anymore. I’m still using 2 x Nexus Players, a Nvidia Shield Console and 3 x Telstra TV’s for watching my Foxtel Play subscription otherwise I’d give one a try.
P.S. Welcome to Ausdroid Neerav, I only just realised you were writing

Thanks for the welcome Jamie 🙂

There’s no SBS OnDemand and ABC iView app for the Xiaomi Mi Box. It uses Android TV (which is different to Android on a phone or tablet) and there isn’t an Android TV version of their apps unfortunately. Otherwise, it’s a great little unit.

Both apps have been unofficially ported to Android TV. APK are available through github

Good review! The only problem for me is it has no Ethernet port.

Good point. Wifi AC works well for me. Some people have tried third party USB Ethernet adapters with the Mi Box 3 but have had troubles with consistent reliability due to sleep/wake power issues

I’ve been really enjoying using the Mi box (got it in the mail last week).
Netflix/Youtube streaming is great – crystal clear and smooth.
Streaming over wifi on Stan or Kodi is spotty – constant buffering. I’ll have to find an ethernet adapter and see if that helps.

I’m guessing that the issue is more likely to be Stan or Kodi rather than the Mi Box, if Netflix/YouTube work fine without buffering.