Google Duo has had an auspicious beginning with many people criticising it’s lack of features but that is not it’s priority. It’s priority is a simple video messaging solution that just works. Now it is looking to expand its user-base through an integration into the caller ID and dialer app, Truecaller.

Truecaller is an app used by over 150 million people and has functions such as identifying unknown callers (telemarketers), blocking spam SMS, know when your friends are free to talk and can identify anyone calling you. Their main function though has been to battle annoying calls and text messages. Truecaller is also installed by default onto the Huawei Mate 9 so expect to see it about more as more manufacturers include it in their ROMs. 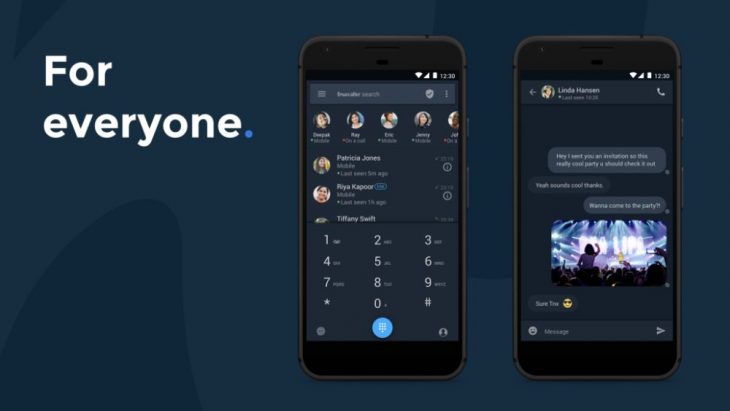 Now Duo has been integrated into Truecaller in a way that the user can easily make a video call from the Truecaller dialer interface the same way you can make a phone call. This is a big step for Duo as it has struggled to gain traction in a world where so many video calling apps have been around for a long time. With WhatsApp dominating that scene Google Duo’s incorporation into Truecaller gives them a foot in the door so to speak, for so many users. After using Truecaller on the Huawei Mate 9 I was very impressed with it. Usually I have a burning hatred for all things bloatware but this was a very useful app and will possibly switch to it when I can find someone else who uses Duo. I recommend giving it a shot at least for a few days, especially now that it has Duo embedded within it.

Have you used Truecaller before? What about Duo? Thoughts on each of these? Do you think this integration will help Duo with their user base?

I have pretty slow adsl 1 at home and duo is by far the worst videocalling app to use there. Duo constantly freezes and drops out but then switch to using Skype or whatsapp and they run a hell of a lot smoother with just an occasional stutter. My wife refuses to use duo due to its constant freezing and pixelling. I keep trying it now and then to talk to people that still have it but it has never improved and just about everyone I know has deleted it now, especially as whatsapp now has videocalling and it seems… Read more »

The Phone app should have had all these Allo Duo Voicemail integrated within it. Separating them is just adding to App downloads count. Not installing another app.

Hopefully they add deep linking to Duo from the Google Phone app. That’s where it should have been to begin with.

There do seem to be some privacy concerns with TrueCaller – everybody uploading their contact lists to TrueCaller’s servers and being made available to any other TrueCaller user. I’ve got a right to make my own phone number public should I wish but I shouldn’t have the right to make anyone else’s number public just because it’s in my address book.
I’ve not researched this greatly so I’d be happy to be set straight if I’m wide of the mark.

that is a very real concern. I might look into it when I get a chance.

I’ve used Duo a couple of times when it first released but I haven’t used Truecaller and probably won’t. I’m using Tellybean on Android TV (Shield console) at the moment so my kids can catch up with the grandparents once a week. Until Google officially supports Duo on Android TV I’ll stick to Tellybean with my Logitech webcam because it’s also supported on phones and tablets

Yup, one of the founders is an Aussie too and you can even buy shares in the the company now if you have a lazy $10K sitting around

I love Google Duo, it’s simplicity is what I appreciate the most.
My family use the app to allow our children to see/talk to family members when they are away from home. Once both parties download the app you just call them within the app using their phone number as I.D, you don’t need an account, register etc. There are very few “fancy” features. That’s the way I like it!!