Home News and Editorial Play the Piano or slice up some fruit in this weeks Google...

We love a bargain here at Ausdroid and that’s why we love their Deals of the Week. This week it’s Gismart Piano and Fruit Ninja which have been dropped to just 20c each on Google Play. You’ll also find the Google Play Free app of the Week now included as well which is Card Wars – Adventure Time. Gismart Piano
How are those piano skills? If you’re still wanting to learn Piano and missed out on the deal from a few weeks back, then you can jump on Gismart Piano.

The app is designed for use on both tablets and phones, and lets you play 9 different types of keyboards and musical instruments including :

You can get a single or dual 88-key keyboard in Gismart, letting you get the full experience.

If this sounds like a great time, then head over to Google Play and check out Gismart Piano. Fruit Ninja
It’s the game that has been around for years, but there’s a reason for that – it’s great.

Fruit Ninja is simple really, you slice up fruit with your sword…or your finger by slicing across the screen when the fruit jumps up in the air. As long as you don’t slice the occasional bomb that pops up, and get all the fruit you’ll get to the next level.

You can partake of the in-app purchases for better swords and more, the IAP can be pricey with purchases costing between $1.24 – $64.99 per item.

If you want to give it a go, head over to Google Play and grab it now.

A new entry in the deals of the week includes a free app which Google recently introduced in the US. While we can’t see the category, the app – Card Wars – Adventure Time- does seem to be free for everyone.

The game is based on the TV show Adventure Time, specifically the episode, “Card Wars”! It’s a card-based combat game which sees you ‘Summon creatures and cast spells to battle your way to victory.’

The app is normally priced at $4.99USD, but it’s free for a limited time. You do have some In-app Purchases valued between $0.99 – $29.99 per item, which include new decks and special items to help you win.

If you want to get in on this action, head over to Google Play and install it now. 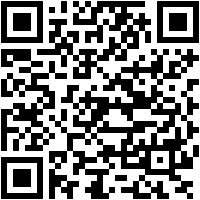 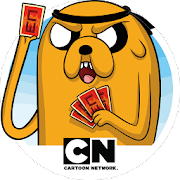 Last weeks deal for <Water Time Gold and Blueprint 3D are still discounted to 20c for a limited time so grab them while you can.