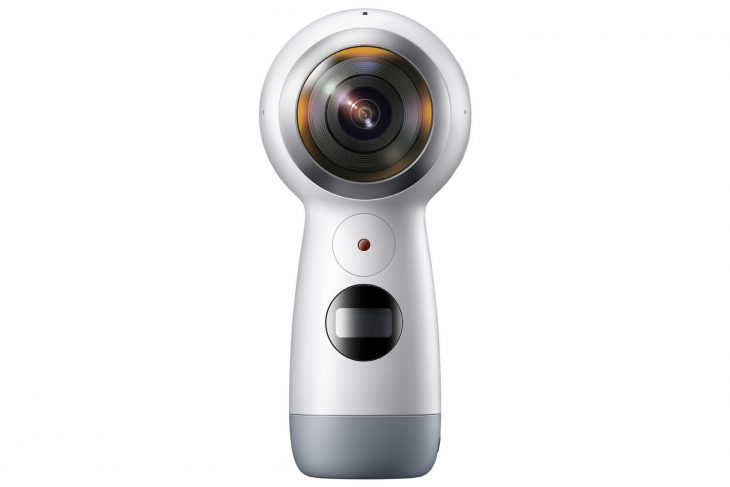 Samsung has jumped onto the 360-degree camera bandwagon updating last years Gear 360 with a newer model at this mornings event with the 4K compatible Gear 360 (2017).

The camera is lightweight and compact, with an eye to adding more content to Samsung’s burgeoning VR ecosystem allowing users to create and share 360-degree content in beautiful 4K resolution. The camera comes with dual 8.4MP image sensors with an f/2.2 aperture dual fisheye lens, allowing the Gear 360 (2017) to create that high-resolution content.

While post processing is possible with an expanded range of tools available, Samsung says that the Gear 360 (2017) will also support live streaming to Facebook and YouTube.

Samsung has also expanded compatibility for the Gear 360 with the camera able to work with a wide range of Samsung Galaxy devices as well as those running Android 5.0 or later, and with a view to broader adoption, with iOS devices running iOS 10.0 or later.