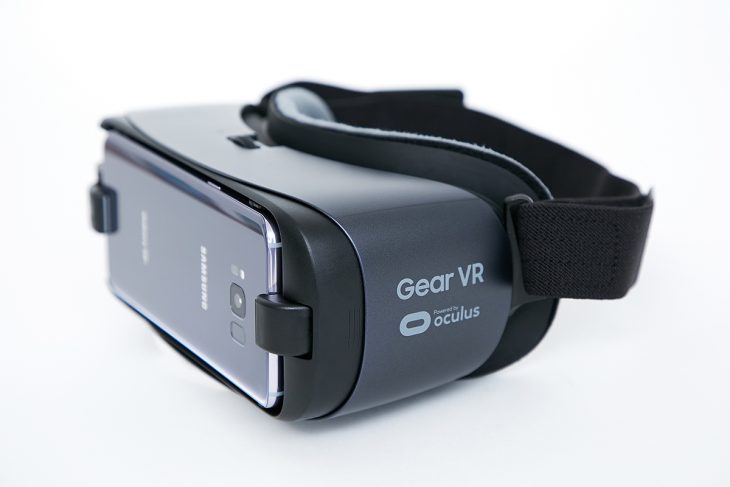 Samsungs journey into VR has been long, but steady and with the launch of the Galaxy S8 and Galaxy S8+, the company has also announced a new Gear VR headset.

The new headset is again powered by noted VR pioneer Occulus, and comes with a brand new controller that will allow for an expansion of the VR content available to users. The newly designed controller is designed to be ergonomic with a curved design that offers convenient one-handed use and better motion interactions that minimise head movement allowing for less motion sickness.

Samsung lists the full range of benefits of the controller:

The controller will be connected by a strap to the headset when not in use for easy storage. The controller will have multiple controls including Touchpad (Clickable), Trigger, Home Key, Back Key and Volume Key and come with a range of sensors including Accelerometer, Gyrometer and Magnetic sensor. A pair of AAA batteries will power the controller which should last up to 40 days with 2 hours of use per day.

The headset itself offers 42mm lenses with 101-degree FOV (Field of View) and advanced distortion correction technology to minimise motion sickness and come with both microUSB and USB-C connections inside the headest. It’s designed to fit a wide-range of Samsung Galaxy phones including the newly announced Galaxy S8 and S8+, as well as the Galaxy S7, S7 edge, Note5, S6 edge+, S6 and S6 edge.

The updated headset will launch with the full range of products announced by Samsung on April 28th in Australia with the new Samsung Gear VR with Controller set to sell for a RRP of $199.