I bought myself a new Daydream off eBay the other day, thinking I was all set for the future. Now it seems that my future phones may not be Daydream compliant. The LG G6 is not complaint due to it being an LCD and not AMOLED (not all LCDs are ruled out though and Google ARE working on that — it’s a latency issue) and the next applicant to my daily driver list, the Samsung Galaxy S8 is also not going to be Daydream compliant.

If ever there was going to be a phone that was Daydream compliant (spec-wise) you would think it would be the Samsung Galaxy S8. It has top of the line specs in nearly every regard. Unfortunately being Daydream complaint requires the manufacturer and Google to agree to a distribution agreement before Google allow Samsung to insert the single line of code required to allow Daydream to install on the phone.

Obviously Samsung have their own VR system, the Oculus-powered Gear VR, and as such are reluctant to allow others into their Galaxy S8 party. Samsung have never been good at playing with others and in this case they also have their relationship and deals they currently have with Oculus to consider. For this reason it is difficult to see Samsung ever doing it. 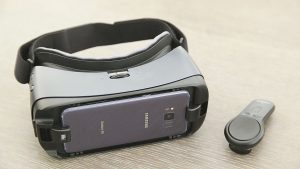 It is a pity that the code is not included as having the Daydream app installed opens up a heap of cool apps on the Play Store, apps that Samsung and Gear VR do not have access to. Fear not though, the line of code can be inserted manually, although root access is required for that. Unfortunately this will most likely require voiding of warranty etc.

We will watch this space closely and wonder whether an agreement between all three parties involved can be sorted out. For our sake, as consumers and customers, I certainly hope so.

That effectively leaves daydream dead…Only Pixels support it properly, and for the Axon 7, ZTE has been so slow and buggy with software updates, I’m not bothering with ZTE again unless it’s the bargain-basement prepaid devices I use for music players…

Having bought the S7 on preorder and the VR by redemption, I’ve used the VR for a few times just out of curiosity…beyond that it’s of limited use.

Agree. A 256GB MicroSD is something you’ll use regularly, unlike VR which remains a bit of a gimmick.

Is it going too far to say that without support from the Samsungs and LGs of the world that Daydream is dead in the water? We’ve got what, a Pixel exclusive VR platform? A bit of a worry.

yeah, i’d agree with that statement.
it does have axon 7 and moto z, plus one or two others, but not the big players.
it’s sad because the platform does have a nice polished feel to it.

LG has effectively given up on VR it seems though…

If you tried last year’s LG 360 VR, you’d want their efforts to be finished too. It was pretty bad.

Is anyone surprised by this? They would be pushing their own VR. They even just released a motion controller.

Not really surprised , why would samsung encourage people to use the other mobs system , in the end it comes back to the mighty dollar , and from what little i have seen googles efforts in some areas of the VR appear somewhat lack lustre .