Lenovo’s Moto X is making a return in 2017 after a year off to make way for the Moto Z, but this time it’s returning as a mid-range device but it’s got all the looks of a 2017 Moto device if this new press render is correct.

The press render in gold confirms the previous leak of the Moto X 2017, which showed a dual-camera setup on the rear which turned out to be hidden within a massive camera bump. The reflective chamfered edges in the press render indicate a metallic edge at least, though the phone could come in a complete metal body, but nothing has been announced as yet. 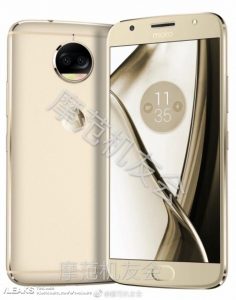 Spec wise, the previous specs are seemingly true, seemingly cementing the Moto Z as the top tier device, while the Moto X will move down to the mid-range tier. Roland Quandt from Winfuture.de, tweeted this list of specs for the Moto X 2017:

When we’ll see the Moto X 2017 isn’t clear, but from the build up of leaks it appears we could be seeing it sooner rather than later.