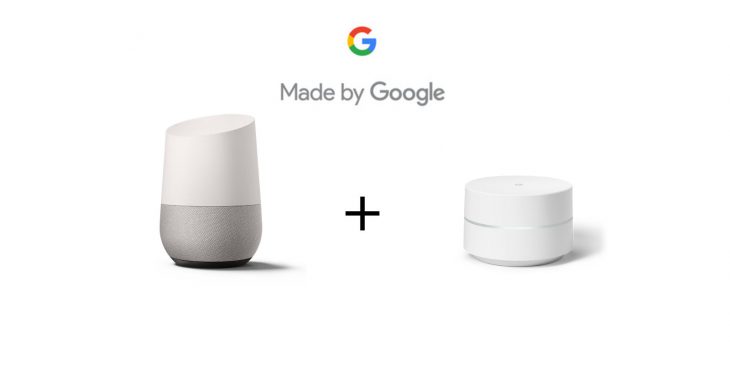 Two of the great announcements from Google last year were Google Wi-Fi and Google Home. At launch, some pundits lamented the lack of a combined all-in-one smart home hub, but it appears Google is working on that.

According to paywall site The Information, Google is working to roll Google Home and their mesh Wi-Fi router into one unit which would give you an all-in-one solution. The combined unit is said to be looking to give consumers a more compelling device when compared with competitors like Amazon’s Alexa powered Echo units.

Price points for the combined unit would change, with the $129USD Google Home likely going up in price if a mesh networking router were combined into it, though by exactly how much remains to be seen. Google has had the upper hand on price point on the full Amazon Echo so far, so how much extra they could charge, even with the expanded functionality, would be the question

Google first attempted something similar with their OnHub routers, but the full effect of this launch was never truly felt. The new ‘Made by Google’ has re-invigorated Google’s hardware efforts somewhat, so this may be a new beginning.

At this stage, there’s not much more information and Google is well known to tinker with products so we may never see the results.

I still think that they need to continue to provide the standard/basic Google Home as an entry level unit.
A wifi extender/repeater functionality built in would be a great way to expand your coverage and minimise the need for multiple devices in similar spots.
Another way for Google to encourage you to pick up the Google Wifi system

Google need an Echo Dot competitor, and fast. And the smartest way of doing that is collide the Chomecast/AndroidTV with the Home, sans speakers. $50 the lot.