When Samsung announced their newest flagship range — the Galaxy S8 and Galaxy S8+ — there was a lot of talk about the dedicated Bixby button. Bixby is Samsung’s new AI, to rival Google Assistant. Many people who had hands on with the Galaxy S8 bemoaned the limited nature of Bixby and the annoying way that Samsung had locked an entire hardware button to one single activity, Bixby. Fortunately there is a way around it, which does not require root, and is free.

We were alerted the this solution by Rob in our Google+ community today and it later appeared over on XDA, and it is surprisingly simple. There is not root access required. There is no hacking of code or anything like that. All it takes is one single app (and I bet there will be a lot more of these apps by the time the phone releases) — All in one Gestures.

After downloading the All in one Gestures app you will need to grant it permissions to alter system settings and also enable it in the Accessibility section of settings. Once you have done that all you need to do is open up the app and press the overflow menu button at the top right of the app and select the Custom Keys option. This will open a dialogue box for you to “Add Custom Key”. After selecting that this is where you need to tell the app which hardware button you want it to intercept so go ahead and press the Bixby button. Of course this will first open Bixby but after backing out of Bixby you will get back to the app.

The app finds the keycode that the hardware button sends to the system of the phone. Now you need to tell it what to do when it sees that code — ie. it intercepts the code so that the code never reaches the system to launch Bixby but instead does whatever you tell it to do. The code for Bixby is 1082 and after you add that button the app will listen for that code and intercept the call for it. Tapping on that Custom Key in the hard buttons section of the app gives you all the options of what you can assign to that key. You can assign any app to that button (including Google Now), many actions (as seen below), and any activity which can be nearly limitless depending on what apps you have installed. After selecting that action for the key, every time you press the Bixby your custom app/action/activity will launch. I’m sure Samsung wanted this button to remain exclusively a Bixby button as that would mean that their numbers of users would be high it but unfortunately (for them and for Bixby) it is as simple as above to remap that Bixby button. You can bet that by the time the Samsung Galaxy S8 and S8+ are released there will be specific apps designed just for the Bixby button remapping purpose and it will be a lot simpler than above.

Will you be using Bixby or will you remap it to something more useful? What will you be remapping it to? Google Assistant? Google Now? Ausdroid website? 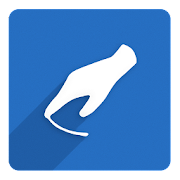 Is the still a copycat Samsung app for every Google app or have they been trying to decrease it? One of the main annoyances holding me back…

I don’t think they’ll ever stop having alternative apps, keeping a plan B rather than completely Locking themselves into Google will always be their process but I find disabling them is easy enough but I agree its a shame a lot can’t be removed completely