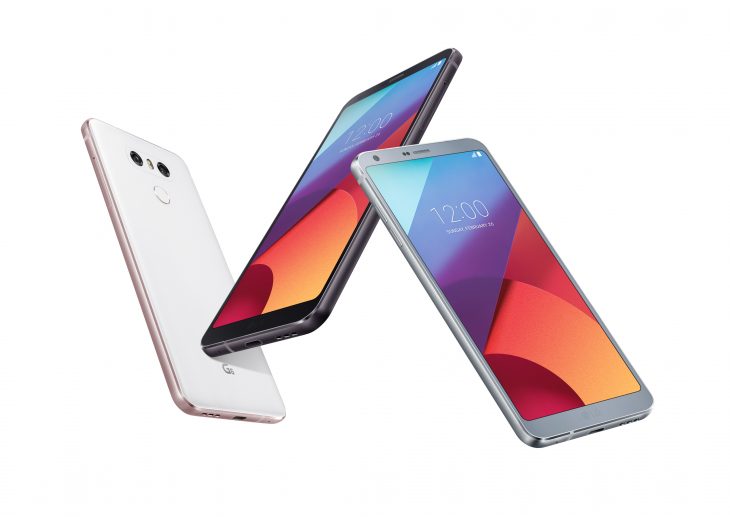 The phone will go on-sale through JB and Harveys on Thursday the 13th of April for $1,199 and as well as the Hi-Fi Quad DAC, it will also include 64GB Memory and is Dual-SIM capable as well – the Telstra version has 32GB of storage and is single SIM only.

The LG G6 has been reportedly selling well since it launched late last month. The lack of Hi-Fi Quad DAC did throw some customers off, however the model they were after is now coming, so those sales should hopefully increase.

We’ve had the phone for a little while now, and Scott has posted his thoughts on the Telstra version of the phone, so if you want to read some of his thoughts you can check those out here.

I’m in the same boat as a few other people here, jumped through a few hoops to get Telstra to sell me one outright, but now they sell a better version, at other retailers. Going through the LG Australia channels to see if I can get any meaningful response, but I doubt it. It’d be hard to blame Telstra being just a retailer of the device. I even went to the hassle of checking with LG Australia to see if they have plans on selling them at other retailers before purchasing at Telstra. Poor form LG.

I wouldn’t be purchasing this on principal alone.

They knew this was coming to retail partners and let people buy the inferior version in the mean time. If this was planned, it totally backfired on them.

I was one of those mugs – I’ve emailed the head of Mobile and the Channel relationship manager for Telstra at LG – I doubt I’ll hear back.

Looking forward to getting one of these as soon as they drop considerably in price, which LG’s always do!. Bemused by the choice of a mediocre 5mp front facing camera?.

So from a consumer perspective, if I bought the Telstra phone on the basis that it was the “best” option available the only option available and within a week a different version becomes available, the one that I would have originally purchased am I able to return the device and ask for a refund?

I’d certainly be trying it on. This kind of practice is a bit crap, really.

I really wanted the DAC I have to say, although the sound quality on the “standard” phone is still pretty good.

Returned it and got a refund this morning – phone was playing up – freezing, dropping calls, people saying I sounded like I was in a well and therefore “not fit for purpose”.

Apparently when this is the case you can request a refund which I did.

You know what, I hate dishonesty. These deals don’t just happen overnight, there is allot of negotiations with supplier and retailer/s. So when LG said not long ago that they ‘might’ offer the DAC version in Australia they knew damn well that they would.

These kind of things really put consumers off dealing with companies in future.

how do you know the negotiations were not still happening when they released the phone on Telstra? Retailers use stalling a ranging descision as a tactic to get a lower price more marketing dollars etc. LG is not in the position of apple or samsung who retailers rely on ,

Good luck LG with every carrier now focused on the s8 which has all the attention.