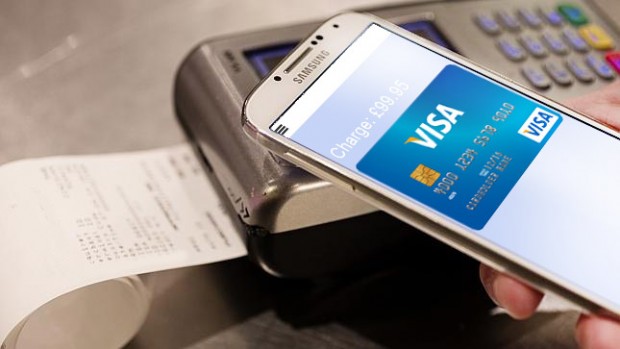 Westpac have always been slow off the mark when it comes to technology — they still insist that a 6 digit password with no punctuation and only letters (capitals only) and numbers is secure enough. Late last year they joined the mobile payment revolution by offering Android Pay to some of their customers. Now they are actually getting out in front by teaming with Samsung to offer Samsung pay to their customers.

Samsung Pay seems to be available to all Westpac debit and credit card holders and can be used with any compatible Samsung device. Yes, that includes the soon-to-be released Galaxy S8 and S8+ which is a boon for not just Samsung but great advertising for Westpac as well. Not wasting any time, the service will be available from 8am today. 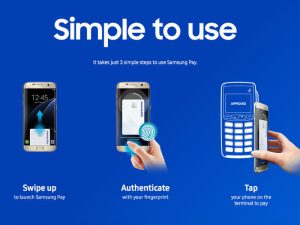 Samsung have also launched an easy way to add card details into Samsung Pay — NFC provisioning. All you have to do is tap the card onto the back of the NFC-enabled Samsung smartphone and the details are added.

Samsung Pay has yet to make any significant inroads into the Australian banking sector and are hoping that the nine million Westpac customers will help turn that around. The newer Samsung phones still offer Android Pay as well, although Westpac do not support Android Pay on all of their credit cards. We suspect that Samsung are hard at work trying to get support from other banks with the release of the Galaxy S8 and S8+ imminent.

Do you actually use mobile payments? Will you use this instead of Android Pay?

Have received my Westpac Debit Card and setup Samsung Pay on my Gear S3, doesn’t seem to be possible to setup loyalty cards though. I guess it is a cut down version of Samsung Pay rather than the full app. Have not tried to pay anything with the watch yet.

Successfully did a test payment using Gear S3 with my PayPal Here reader although it was a bit fussy and got declined twice before working – I suspect because the NFC reader on the PayPal Here is very close to the card swiping slot and the Gear S3 was assuming I was making an MST payment rather than an NFC payment. The Westpac FAQs state that the Gear S3 will be declined for MST payments. Just have to be careful to avoid card swiping slots if using Gear S3.

I’m a Westpac customer and have a Gear S2 so looking forward to trying this out.
BTW, I totally agree with your comments on their poor attitude to the password format on online banking. I just don’t understand why they don’t do something about this.

i too am a westpac customer. i might give it a shot myself with the Ausdroid Gear S2 — forgot about that….
i had to put that dig in because no matter what I say to them they insist that passwords are fine as only 6 characters….

I’ve had that argument with ING Direct (who were still just using a bloody PIN to access internet banking when I left them), and Westpac. Got similar responses from both.

Not all good news on the Westpac / Samsung Pay front, from a FAQ about why a Samsung Pay payment may be declined on Westpac’s Samsung Pay site..

“The payment terminal is a Mag Strip Terminal (MST). Westpac declines Samsung Pay payments made to MST. Use your plastic Card at MST instead.”

That defeats one of the major benefits Samsung Pay had over Android Pay.

I use Android Pay everywhere I can. There’s a handful of terminal types that just barf when I try to use my phone.

I was tempted to get a Gear S3 (because the Android Wear landscape is looking pretty stark at the moment), but you can’t use Samsung Pay on it unless you have a compatible Samsung mobile device.

I’m not sure you need a Samsung Mobile to use Samsung Pay on a Gear S3, mine is paired with a Nexus 5x and always trying to get me to setup Samsung Pay on my Gear S3. The only issue I’ve had is the very stupid exclusive launch deal with Amex & Citibank made Samsung Pay impossible to access and left the service unlikely to get support from more popular banks once Android Pay became the default mobile payment service. Good on Westpac, I wonder if Samsung had to pay and if so, will they also pay decent banks like… Read more »

Oh right – just based on my limited reading, you can’t set Samsung Pay up on the watch without using the Samsung Pay phone app, and according to Samsung, the Samsung Pay app is exclusive to certain Samsung phones (certainly not available for my Pixel).

The phone side setup of Samsung Pay for the Gear S3 occurs through a link in the Samsung Gear app on my Nexus 5X so you shouldn’t need a Samsung phone.

come on ANZ u can do it too