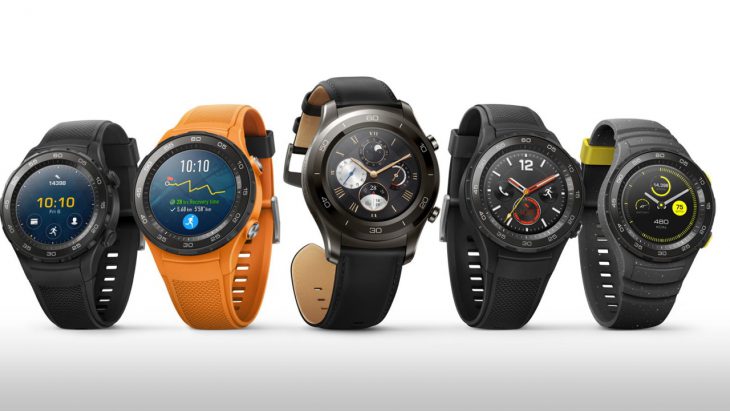 Huawei’s first Android Wear smartwatch was lauded widely by the tech community, the second one not so much. Smartwatches are not for everyone with many people not seeing the advantage of one — Huawei’s CEO is one of those people.

Huawei held their Global Analyst Summit 2017 in Shenzhen on Tuesday and it was here where the Huawei CEO, Eric Xu Zhijun, made his comments on the smartwatch market. During a Q&A session with analysts and reporters he said:

I am always confused as to what smartwatches are for when we have smartphones. Therefore, when the smartwatch team in Huawei presents their ideas to me with great excitement, I keep reminding them to consider whether there are tangible needs [for these products] in the market.

Analysts are reporting that the smartwatch market is not growing as fast as many anticipated with a large percentage of those buying them stopping using them. As we have often said here at Ausdroid, the smartwatch is, at the moment, a niche market and of course not a must-have like a smartphone (in today’s world). Personally I could not do without a smartwatch but my use case is different to the next person’s.

According to an IDC report in 2016 the global shipments of smartwatches was 49.2 million and that for similar wearables such as fitness bands was 48.7 million. Ramon T. Llamas, a research manager at IDC, said that “Most potential customers saw watches performing multiple functions, but none of them worked exceptionally well to accomplish a myriad of tasks.”

Analysing that statement further, the watches were mostly rubbish which is why they are “failing”. It doesn’t take a genius to figure out that if someone were to build a decent watch I dare say that it may turn the tide. Unfortunately Huawei went with a smaller display and smaller RAM in a bigger watch so it is unlikely to be them this year. At this stage it is hard to see anyone taking up this mantle with so many underwhelming watches being announced.

The question now is, if the Huawei Watch 2 fails this year, will we see anymore from Huawei in the future given the comments from their CEO? What do you think?

When I was looking for a Smartwatch (SW), all I wanted was something that could tell the time, date, show notifications, remind me of appointments, use NFC to make payments and probably use the watch as a remote for the camera on the phone etc.. Oh! And last at least a week before charging. But the watches that are around at the moment, are more like phones on a wrist that can tell the time. Why? Isn’t that the function of our phones which more likely than not will be in our pocket? Do we really need LTE in the… Read more »

It is sad that he doesn’t realize for what market there is for smartwatches that his company produced one of if not THE best Wear Watch out of the first gen. As others have stated, the follow-up is a woeful disappointment that completely substituted everything that made the first model a success with lesser follow ups. I have no doubt the sales of Huawei watch 2 will be a self fulfilling prophecy for this negative exec whereas if he (or whoever is in charge of such things) would have simply made mine improvements to the original design they could have… Read more »

This kinda now explains why the Watch 2 is (arguably) such a step down from the original Watch (smaller screen, bigger bezel, cheaper materials, …). Basically if their own CEO doesn’t have faith in the market segment, they’re not going to make good products.

I’m impatiently waiting for the Wear 2.0 OTA to drop, but honestly starting to wonder whether a (pretty slick, to be fair) new coat of paint and so on is going to invigorate the platform.

Maybe I’m not using it to its full potential, but I find the most useful feature of my Gear S2 is that it tells me when my phone is ringing. It’s no wonder the segment is struggling.