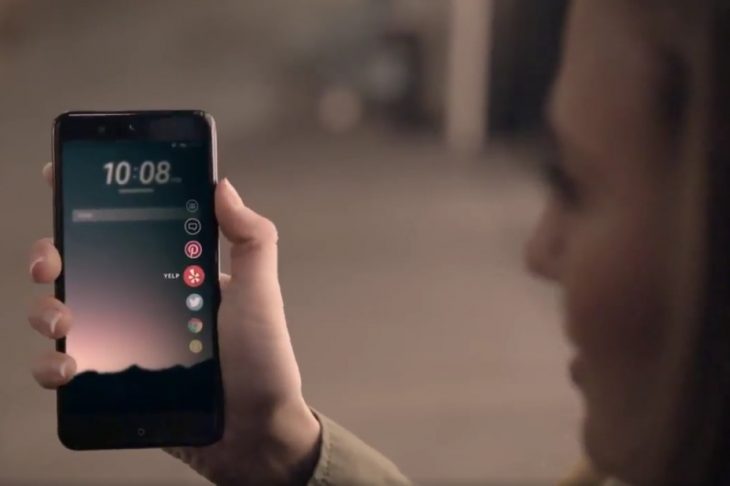 While the HTC U Ultra wasn’t the most impressive device, the HTC U AKA the HTC Ocean could right the HTC ship. We’ve seen leaks before and now it’s shown up in a new image

The phone has been leaked again by Evan Blass, showing a black slab of a phone, though there’s nothing to hint at the ‘Edge Sense’ smarts that will allow you to map functions to squeeze gestures on the sides of the phones.

The HTC U in the image has few distinctive features, a fingerprint sensor on the front, and a camera and LED Flash on the rear. There’s a volume rocker and power button on the side and that’s about all you can see.

According to Mr Blass, the phone be announced later this month before making its appearance on the streets in early May.