The Moto X is making a return this year, at least that appears to be the case with the phone showing up with mid-range specs in a number of leaks. It’s shown up again over night with several new shots of the phone in the wild.

From the pictures shown here which were originally found on Chinese social networking site Weibo, the phone looks similar to the soon to be released Moto G5 series phones. The Moto X will apparently come with dual-cameras mounted inside a substantial camera bump on the rear of the phone.

The phone will come with a microUSB port instead of the USB-C port we normally see on new phones these days, but it will also have a headphone jack.

As far as specs go, the previous rumour of a Snapdragon 625 processor (MSM8953) with 3GB of RAM and 32GB of storage has been shown again with this image. These middling specs show that the Moto Z series is now the king, with the Moto X appearing to be relegated to the ‘super mid-range’ category. 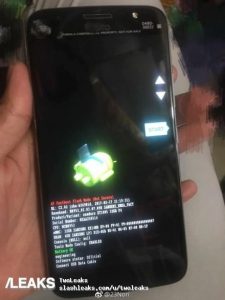 With the Moto G5 and G5 Plus about to launch here in Australia, the question has to be asked: Is there a place in the Moto line-up for the Moto X series?

This is dumb. This looks very close the the G5 plus. Seems like just rumors. Moto X line is gone

Hmmm. Pretty close to the G5+.
Maybe a better camera and better finish?