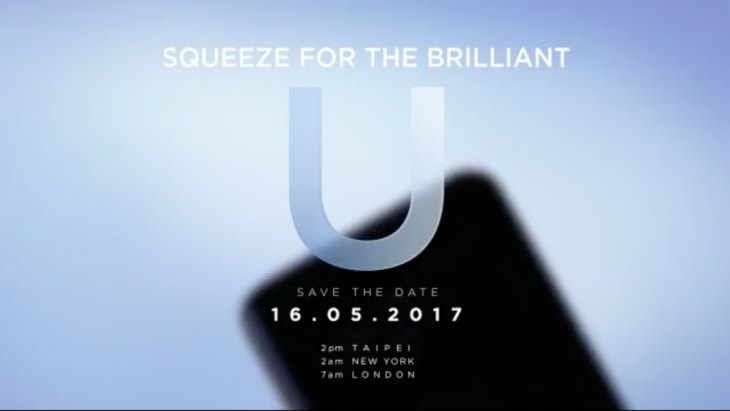 HTC’s upcoming flagship level smartphone which is due to be announced on May 16th will be called the HTC U 11 says leaker Evan Blass in a new report.

The report comes from information gleaned from ‘an individual briefed on company plans’ who says the phone will be named the HTC U 11 in order to bridge the naming conventions from last years HTC 10, and this years new HTC U series phones.

As well as the name, Evan has also said that HTC intends to release the phone in ‘five different color schemes’ – one of those colours may be the red option that showed up recently thanks to /slashleaks: Evan is the source behind previous leaks on the HTC U 11, which have said the phone will come with a 5.5″ QHD display and be powered by a Snapdragon 835 processor. Other specs for the phone include 4GB/6GB of RAM and 64GB/128GB of on-board storage with a 3,000mAh battery powering it. A 12MP Sony Exmor camera sensor will be on the rear, while a 16MP sensor will be on the front.

The big feature for the HTC U 11 launch is the squeezable feature which HTC are teasing in their save the date teases which say the phone will be announced on May 16th.

Squeeze for the Brilliant U. Save the Date 16th May 2017, Sydney 4pm https://t.co/m3AZgjWMAB pic.twitter.com/Qvqs8ZzRL6

The squeeze feature will allow users to assign a function to either a long or short squeeze including launching an app, or performing a function. The Squeeze function was outlined in a previous leak which showed setup arrangements: 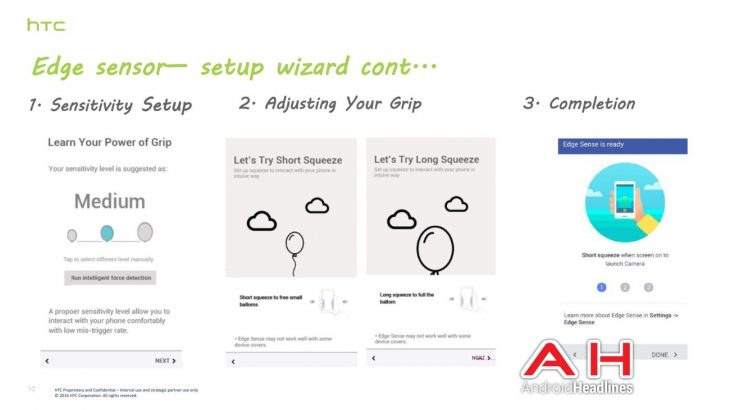 HTC has lost the plot and is following the other sheep by removing industry standards The removal of the headphone Jack will probably be the reason I leave Htc..The Htc10 is probably the best overall smartphone I’ve had the only real downside is the battery life but with fast charging it’s hardly a issue. Fixing the battery issue would be simple as changing display technology and a little bit of display resolution, which in the real world on a Smart phone is more than adequate. In today’s world its battery technology that hasn’t kept up with the rest of the… Read more »

It will be D.O.A if the best feature of the Htc 10 is removed…
That HEADPHONE JACK and Dedicated Dac