Home Mobiles Bixby Button Remapper lets you remap the Bixby button to many other... 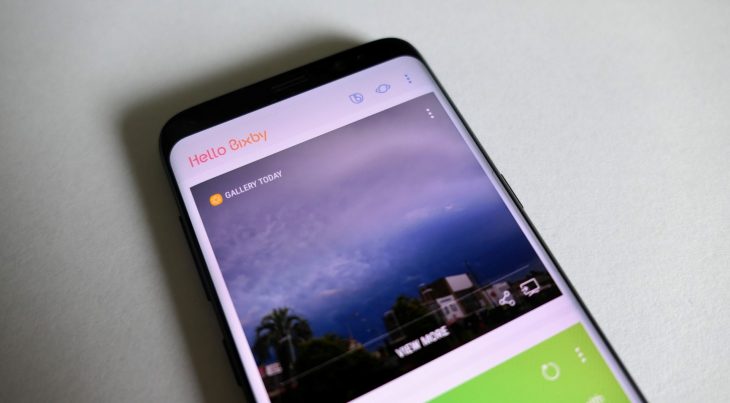 If you’re a new Galaxy S8 owner, you may have reached a similar conclusion to me — Bixby just isn’t that useful at the moment, compared to more established services like Google Now (for the cards/info view) and Google Assistant (vs the Bixby voice assistant which doesn’t actually work yet).

Some enterprising folks figured out it was pretty easy to re-map the Bixby button to do something more useful, but Samsung very quickly decided it didn’t want people to disable its new assistant so easily, closing off the loophole that was used.

While one door has been closed, others remain open, and one such door is held open by Bixby Button Remapper. The app, available for free on the Play Store, does exactly what it says: upon activation, you can change the Bixby button to load something else, including any app on your phone, a range of System actions such as Google Now (but not Assistant), opening the camera, showing notifications or a few other things.

Like previous attempts to remap Bixby, this uses an accessibility service not to monitor when the button is pressed, but to monitor when Bixby loads. It then instantly kills Bixby off, and loads whatever function you’ve set instead. It’s not exactly perfect, but it’s fairly quick and does what it advertises.

If you, too, would like the Bixby button to do something more useful, here’s the only working method at the moment. Grab it on your new Galaxy S8 and give it a go.