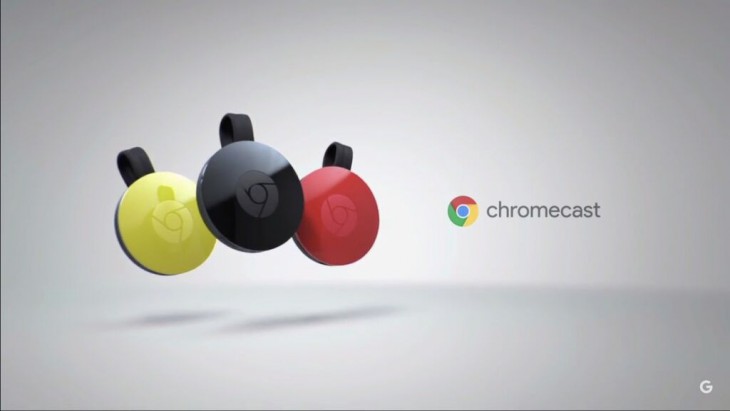 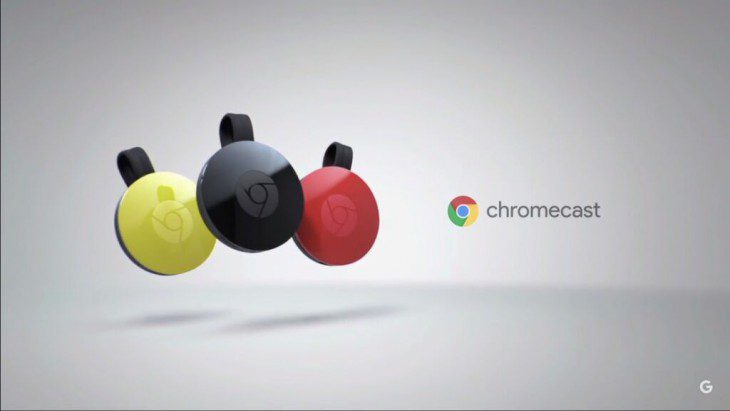 For those unfamiliar, here’s what the notification usually looks like:

In other words, it’s not especially informative, and it can lead to situations where others on your network (who are unaware of why something’s casting) might just dismiss it, killing your audio or video stream which you might be enjoying!

This change is really just cosmetic; it doesn’t change the functionality in any way. People can still kill off your cast stream, and will still see the notifications unless they turn off their phone’s display of said things in the Google settings.

The notification now makes it a bit clearer (a) where something is casting to (b) what’s being cast and (c) changes the order of the controls a bit. Here’s how it now looks, thanks to Android Police: 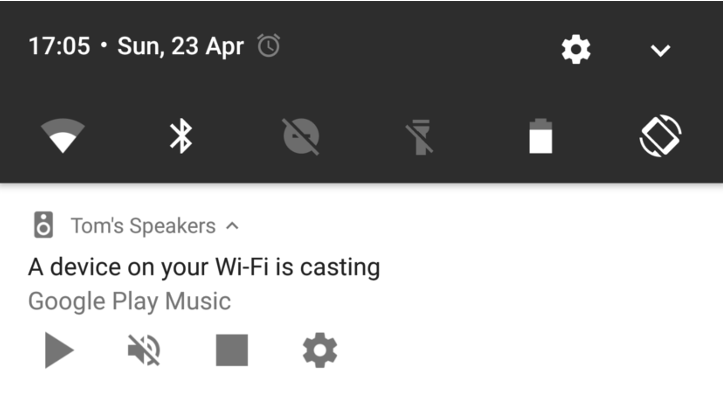 As you can see, it now has a bit more of a logical flow to it; anyone can see this and determine that some device on the WiFi network is casting Google Play Music to Tom’s Speakers, and might mean that someone doesn’t kill your stream. Of course, they might just like to play a joke on you and cancel it anyway … but you can’t always beat stupid.

If you’d like to see if you can get these new notifications, you’ll need Google Play Services 11 or above. There’s currently a beta version available on APK Mirror, but your mileage may vary; it didn’t work on our Galaxy S8, for example.

The cosmetic changes look to make it much more logical.
For the unfamiliar user, the text should help inform them that its a network related notification and not a device related… and that their device hadn’t been hijacked.
Also that stop button is much better than the big cross to reduce confusion.